It happens every year. Florida’s coastal communities see a massive influx of winter visitors. And I’m not talking about the... 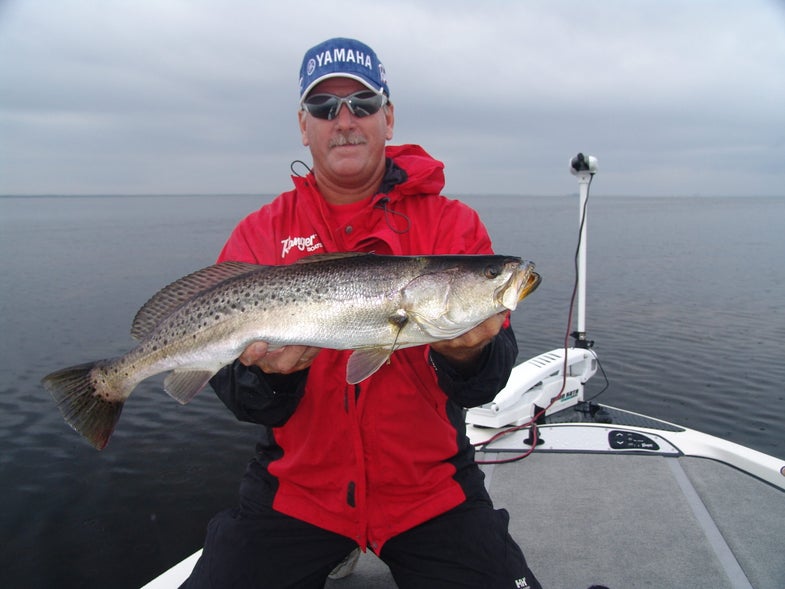 It happens every year. Florida’s coastal communities see a massive influx of winter visitors. And I’m not talking about the “snowbirds” that join us for the winter months. We’re talking speckled trout—big speckled trout.

As a species, trout have a year-round presence throughout Florida waters, but the big “gator” trout start showing up in force by December, with the spawning aggregations lasting through February. Anglers find these big fish across diverse habitat from deep grass flats with lots of sandy potholes, to rocky island points and residential canals during the rough weather of passing cold fronts.

One of the key patterns for big winter trout actually involves a species with completely opposite dietary preferences. Mullet–those big-eyed vegetarians–gather in large schools this time of year, and their rumbling ways displace a lot of crabs, shrimp, and finfish from the grass flats of coastal bays.

Big trout are the consummate opportunists, so they’ll often run with the mullet schools to pick off the forage that their hosts flush forth. Good thing about this behavior is that the noisy, splashy commotion common to a mullet school disguises the splash of a big topwater plug, which would no-doubt spook trout swimming solo across the shallows.

Other winter trout faves: Jigs with shad or fluke tails, artificial shrimp like the DOA and slow-sinking plugs.

Whatever you throw, consider that the biggest trout are typically the spawning females and fish that reach jumbo proportions will make a whole lot of baby trout. So, consider releasing the big gators and keep smaller fish for dinner.