Northeast With the striped bass gone and blackfish season closed, New York anglers have been turning their attention to Cod.... 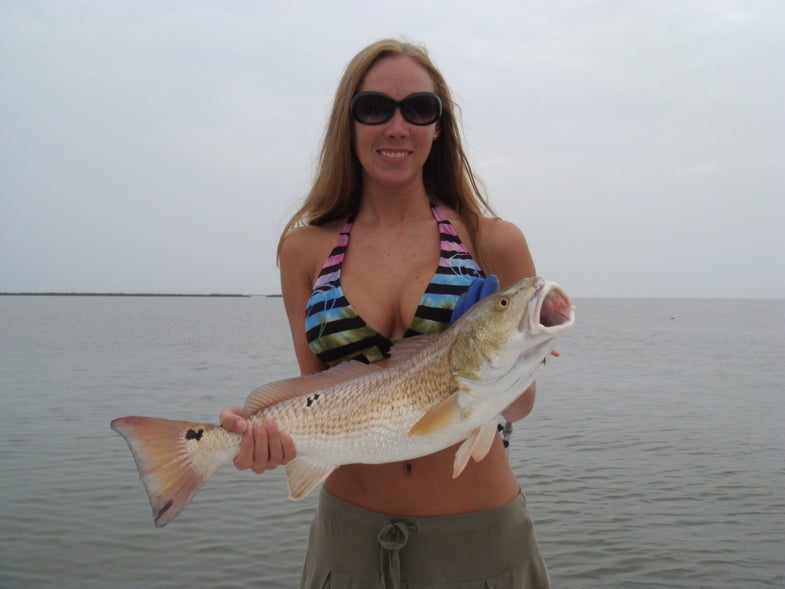 With the striped bass gone and blackfish season closed, New York anglers have been turning their attention to Cod. Joe Disalvo at Causeway Bait and Tackle reports that crews are finding limits of big cod on the wrecks and live bottom in 50 feet of water.

Skippers fishing deeper are finding sea bass in the mix. Joe reports that the long range bassing trips are returning with limits of keeper seabass. “We had one boat limit out on bass with fish up to 8 pounds, 7 ounces and two over 7 pounds,” Joe said. Inshore anglers are waiting for blackfish season to open over the weekend. Joe expects guys to find the fish on wrecks in 190 to 120 feet of water with green crab and hermit crab baits. “You have to be careful using hermit crabs,” Joe says, “sometimes they get hooked on hermits and they won’t bite anything else.” Locally, Joe says that the trout streams are producing a few cold fish. “Guys are fishing in tight quarters and it is brutally cold,” he said.

Folks are stopping by Happy Hooker Tackle before heading to Lake Lanier in search of stripers. Carol Anne Grealish told us that anglers are loading up on large and medium minnows to slow troll around the lake. “Since the fish have slowed down, many guys are having better luck with medium minnows,” she said. With water levels up, Carol Anne expects anglers to do well on the stripers. Closer to home, anglers who are fishing Fort Yargo State Park and Lake Oconee are catching crappies with small jigs and crappie minnows. Many anglers are anxious for the catfish lakes to open up. Carol Anne explained that these impoundments are stocked with big catfish and open to anyone. She told us that anglers are using stinkbaits, large minnows, or leaches to catch these whiskered beasts. “We’ve had fish over 80 pounds taken out of the ponds,” she said.

According to Brent Roys at venicecharters.com, Venice, Louisiana is the redfish capital of the world. Even in the dead of winter, Brent and his anglers are averaging 100 redfish each day. He says that the fish are easy targets as they stage at the mouth of passes. “The best place has been Southwest Pass,” he told us. Brent is using a Deadly Dudley Terror Tail that he sprays liberally with Jajniappe Juice. He told us that high water in the river has made trout fishing tough, but the specks are hiding on the grass flats out of Burus. Brent suggests looking for shallows flats that border deeper holes. Then he sets up to drift Sparkle Beetle under a Rattle Cork popper. Offshore fishing is picking up steam with boats catching a few yellowfin on the Midnight Lump and more tuna on the semi-submerged rigs at night. He said that a few lucky anglers are still catching tuna with topwater poppers. “That tells you how good the fishing is,” he said.

If you start to feel cold over the weekend, think of Don Skog and the folks at River Haus Bait Shop in Fond du Lac, Wisconsin. “It’s 5 below zero,” Don said, “and the ice on Lake Winnebago is 20 inches thick.” Still, Don says that die hards are heading out on the ice to catch good numbers of bluegill and crappies. Don points anglers to Green Lake, which is over 100 feet deep. Don explains that the deep water keeps the water warmer and the fish more active. Guys who are camping out on the ice and jigging red and white spikes and wigglers are catching good numbers of big panfish. Don suggests guys check out the wind-tips, which bob use the wind to bob a jig up and down. “It’s going to warm up to the 20s this weekend,” he said, “so there will be a lot of people fishing on the ice.”

Matt Magnone at Last Chance Tackle is heading to Diamond Valley Lake this weekend to target big striped bass and largemouth. He told us that an early spell of warm weather has the fish in pre-sqawn mode, which is good news for the fishermen. Early in the morning, he has been finding striper feeding on the surface in the northeast coves of the lake. Matt says that the striper are suckers for an 8 to 12 inch triple trout BBZ or Z plug. “Right now the largemouth are deep,” Matt said, “but once the water temperature gets over 60 degrees they’ll move shallow.” He has been dropping a watermelon Baby Brush Hog on a Carolina rig on points in 50 feet of water. When the fish move into the shallows, he’ll switch to a jerkbaits and crankbaits. “With an early pre spawn, we’re in for some weird fishing,” he says.