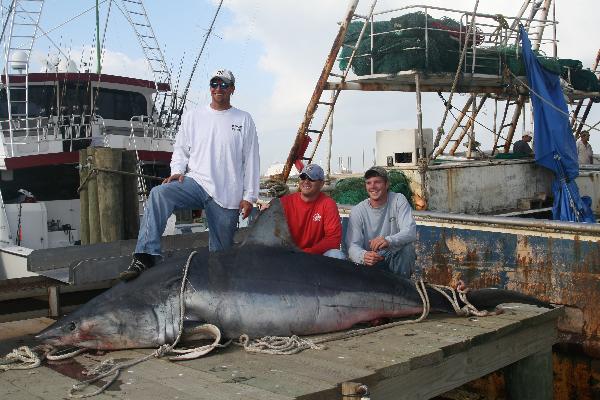 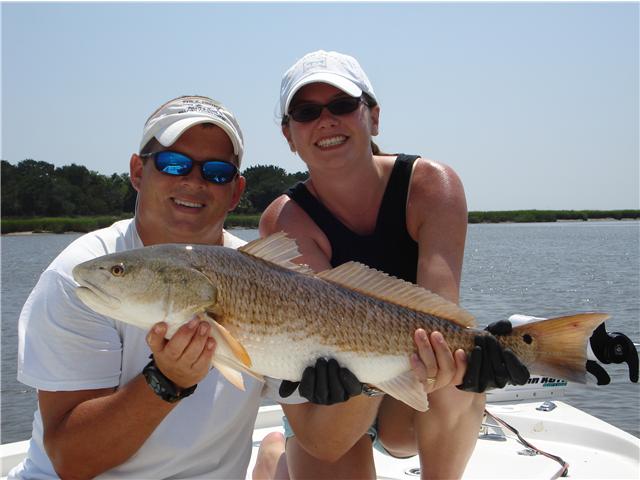 Last week’s blizzard couldn’t put the deep freeze on the red hot cod fishing out of Montauk, New York. In fact, cod fishing is so good, that the Viking Fleet is completely sold out for the weekend. Earlier in the week, parties saw fish up to 30 pounds winning the pool and many anglers are limiting out with fish averaging 20 pounds. Captain Michael Potts on the Bluefin IV took a group of marine biologists to the honey hole this weekend. “On the first drop we caught 5 fish up to 20 pounds, then it was steady action after that,” he reports. The crew filled 50 sample kits and kept another 14 cod for culinary research. Captain Michael told us that the best fishing has been around Block Island. While a two-hook bottomrig baited with clam is producing good numbers of cod, the biggest fish are coming on 8 to 10 ounce Diamond Jigs armed with a curly-tailed teaser. The weather is forecast to be calm and warm over the weekend, making it good time to put together a crew and get out for some cod.

“We’re lucky,” bragged Captain Joe Shute in Atlantic Beach, North Carolina. “We have good fishing year round.” To prove his point, Joe told us that the offshore fleet has been scoring wahoo, blackfin, and yellowfin tuna from the Big Rock to the Swansboro Hole. Crews are trolling ballyhoo and skirts for the tuna while the wahoo will fall for a Marauder plug trolled deep on wire line. On top of that good news, Joe is convinced that there are still bluefin tuna hanging east of Cape Lookout. Boats fishing out of Hatteras and Ocracoke this week found huge schools of aggressive bluefin just south of the Rockpile. Last weekend, Captain Jim Bowman on Marlin Mania out of Hatteras Inlet ran to the break and found 66-degree water and steady action on 100- to 150-pound bluefin. Jim’s crew landed one fish (117 pounds) and released a half dozen more. Joe added that guys jigging on the ledges and rocks are catching grouper and amberjack. Inshore fishing is still alive, too. On an inshore note, Joe told us that die-hards are still finding a few trout in the deeper creeks. He expects this weekend’s spring-like weather to fire reds and trout up at Haystacks, Newport River, and North River.

“We’re having a cold spell,” complained Barry Andrews at Key West Bait and Tackle. “Yesterday I had to fish in shoes and socks!” Since most of the country has spent most of the week in a deep freeze, few anglers will shed tears for Barry. Instead, iced-in fishermen should escape to the Keys and get on some fantastic fishing. Barry said that his most recent trip on Eva Marie produced a steady catch of blackfin tuna and bonita. “We caught them by trolling ballyhoo and tuna feathers,” he told us. Barry added that this has been a good year for dolphin. “We don’t usually see this many,” he said, “but they seem to be everywhere.” He said that the boats are catching a few wahoo, too. “Bottomfishing has been good for grouper and snapper,” he added. While sailfishing has been slow, Barry expects the fish to show up any day. “We’re seeing a lot of cobia and hammerhead sharks swimming down sea,” he said, “that’s a sign that the sailfish aren’t far behind,”

Despite good catches of big yellowfin tuna and wahoo, anglers fishing out of Venice, Louisiana are infected with shark fever. “Big makos are everywhere,” reported Chris Cambre at Professional Outfitters. The epidemic can be traced back to Port Fourchon, Louisiana where the Sea Spray brought a 1,145 pound mako earlier in the week.. Chris said that shark rigs (consisting of 500 pound 49 strand wire and 10/0 Circle hooks) are selling like hotcakes. “Just chuck out a whole blackfin tuna for bait and hold on for dear life,” he said. Chris added that boats heading to Green Canyon are catching yellowfin tuna upwards of 200 pounds while guys drifting the deep-water ledges at night with rigged squid are finding good numbers of swordfish. Even wahoo fishing has been good. “Charter guys are buying 15 to 20 Bomber CD 30’s at a time,” Chris said. He suggests skippers switch out the factory hooks for much tougher Owner Stinger hooks. Venice-based skipper Captain Devlin Roussel dropped us an email this week to confirm the tuna bite. He said that the crew at Reel Peace Charters has found yellowfin up to 214 pounds along with big makos and wahoo. “Between Peace (Marvel) and me, we’ve put 29 tuna on the dock this week.” Inshore fishing has also been good. Chris Cambre recommends heading to Port Sulpher and hitting the deep canals with gold spoons. “A lot of guys are just parking along side the road and walking over the levies,” Chris said. Early in the season, before shrimp arrive, the fish are keyed in on baitfish so Chris recommends using small swimming shad and soft plastics. Captain Devlin Roussel sums up the Venice bite best, “Fishing is outstanding any where you turn,” he said.

It was tough to get a fishing report out of California this week, everyone must be heading to the Fred Hall Sports Show at the Long Beach Convention Center. Too bad, because fishing has been excellent. The long range boats have had a great season, and there are more trips scheduled for the spring. Earlier in the week, Red Rooster III www.redrooster3.com returned from a trip filled to capacity with yellowfin pushing 300 pounds, wahoo, and yellowtail. The boat is leaving on another two-week trip at the end of the week and there are still a few tickets left. Closer to home, Tony at Point Loma Sportfishing www.pointlomasportfishing.com reported steady action on rockfish and other bottom dwellers on the fleets half day and full day trips to the Coronado Islands. Next week, the boats will start running 36 and 48 hour expeditions to Mexico in search of bigger fish and bigger catches.