Northeast Spring is slowly emerging in the Big Apple and New York anglers are seeing more opportunities to shake off... 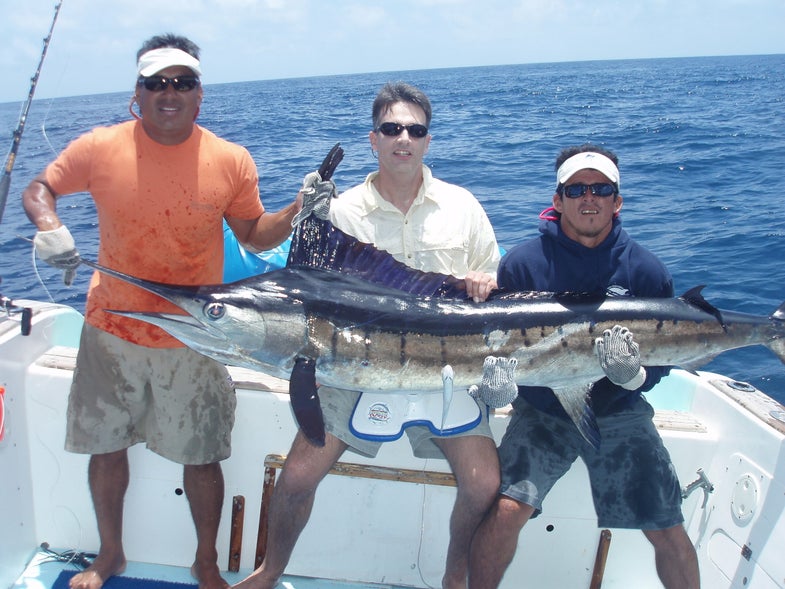 Spring is slowly emerging in the Big Apple and New York anglers are seeing more opportunities to shake off cabin fever and wet a line. Karl Anderson at Urban Angler on 5th Avenue reported water temperatures fluctuating between 40 degrees and 48 degrees. “Fishing early in the season is super hard because release flows are not announced,” he explained, “you could show up to the river and find the trip blown cold or high water.” So, Karl has been fishing New York reservoirs and creeks on eastern Long Island for brown and rainbow trout. He’s using streamers like white Zonkers or small black wooly buggers. “Streamers can imitate anything from a bait fish to a hellgrammite,” Karl says. Nymphs patters such as the gold ribbed hare, small black stones, pheasant tails, and copper Johns in size 4 to 12 have also been effective. “Fishing is tough,” he said, “you’re lucky if you catch just one fish.”

It must be spring because anglers from New Jersey to North Carolina are encountering large numbers of big tog. Captain John Nedelka www.karensueboat.com has been blistering big blackfish out of Indian River, Delaware. He’s been fishing with green crabs and clams on wrecks that are in 80 to 90 feet of water. Last week, they scored 11 fish between 9 and 11 pounds. And Nedelka calls that a “slow day” expecting the fishing to get even better as the water gets warmer. Last week, we fished with Ken Neill and crew on the Healthy Grin and caught 38 tog, including 14 keepers over 14 inches, off Virginia Beach. Ken started fishing offshore and hit several wrecks in 100 feet of water before coming inshore and loading up on one piece of structure in 70 feet. We were using blue crab and chowder clam on a single dropper bottomrig with a 3/0 baitholder hook and 6 to 10 ounces of lead. Anglers fishing the Chesapeake Bay Bridge Tunnel have also been getting in on the tog bite by anchoring over the rock tubes or in front of the pilings. Matt Shepard and his kayak-fishing buddies hit the south island of the CBBT last week and found steady action on keeper tog on the change of the tide. It seems that everywhere Mid Atlantic anglers turn, they are encountering tog.

“Lots of wind and no fishing,” reported Chris at Professional Sport Shop in New Orleans. For the past week, anglers have been hemmed in by the weather. Luckily, chris expects the action to fire up when the wind lies down. First, he looks for trout to show up along the bridges and trestles. He says that anglers will troll RatLtraps with lead-core line along the pilings. Chris suggests replacing the back treble hook on the plug with a 2 foot piece of leader and a soft plastic jig. “Use a flats boat and bump troll along the pilings,” Chris says. He expects fishing in the creeks and canals to pick up as bait moves into the area. Right now, the best bite is on Tsunami swim shad or Fin-S soft plastics. Perch fishing has also picked up along HWY 51 in Manshack and Riddick. He said that anglers casting Bettlespins, crickets, or worms are loading up on tasty pan fish. Offshore fishing has also been slowed by the weather. Crews are catching wahoo, blackfin, and yellowfin when the wind subsides. Once the conditions improve, Chris expects the fishing to take off. “Right now, we either get rain and high water or wind that blows the water out,” he said.

Bass fishing on fire around St. Louis, Missouri this week. John at Bull’s Eye Bait and Tackle www.bullseyebaitandtackle.com reported excellent fishing on Lake of the Ozarks, Table Rock, Bull Shoals, and North Fork. He suggests looking for the fish in the shallows on a warm day and in 12 to 18 feet of water when the temperature drops. The best baits have been Lucky Craft suspending jerk baits. “Everyone has his favorite color,” John says.

The spring run of Chinook salmon is picking up speed as the fish move up the rivers of the Pacific Northwest. Jim at Chinook Bait and Tackle www.chinookbaitandtackle.com reported the best springer action around Portland and Longview. He said that anglers who slow troll plug-cut herring on the incoming tide or back bounce a sardine wrap on a Quickfish during the outgoing are averaging one keeper salmon to three throwbacks. Jim said that local anglers are just starting to explore the possibilities around Deep River and Brookfield. He had just outfitted several crews and sent them to fish the pilings around Brookfield. “Can’t wait to hear how they do,” he said.