He was the second shark guide I’d booked with my fishing buddy Champe Carter in our never ending search for... 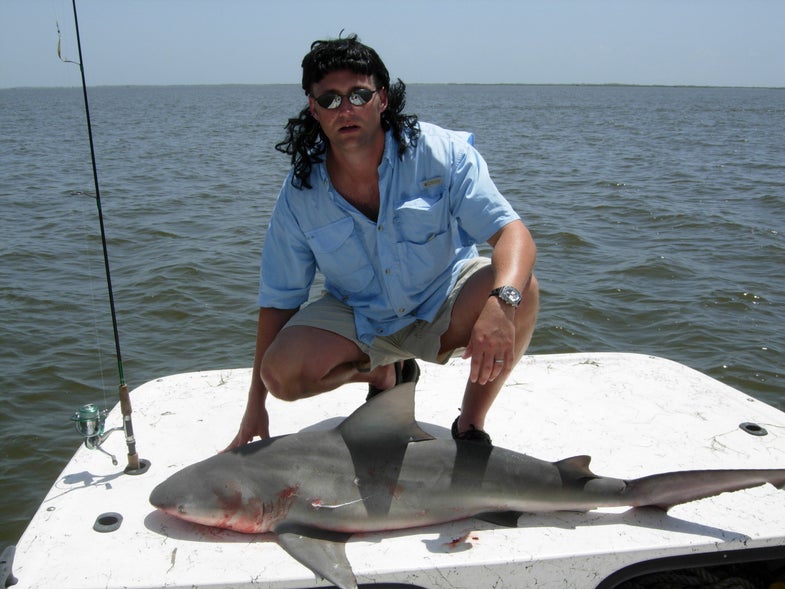 He was the second shark guide I’d booked with my fishing buddy Champe Carter in our never ending search for Quint. Again, I won’t tell you his name but I will tell you that he was large, maybe 300 pounds, with a basketball-sized head and Popeye-like forearms. He was also quiet, soft spoken, very polite, and consumed enough sugar during our seven hours together to drop five diabetics dead in their tracks.

His addiction to sweets was apparent from our first meeting at a private boat ramp off Aransas Bay near Rockport, Texas. While detailing the day’s plans he chugged down a 20 oz bottle of Dr. Pepper with the fervor of a sorority girl at a fraternity kegger. From there he polished off a couple glazed donuts before popping another 20 ouncer of DP. By the time we had reeled in our first bull shark he was on his third drink. When Champe got a blacktip up to the boat our captain didn’t gaff it in time because he was busy pouring a Gatorade down his gullet.

During our lunch break he woofed down several snack cakes with the assistance of another twenty ounces of Dr. Pepper. When Champe landed a bull shark of his own, he and I celebrated with a couple of beers. Our captain toasted our success with another Gatorade.

The last drink I saw him chug was when I handed him a tip. All in all I think Captain Insulin (not real name) probably had over a gallon and a half of sugary drinks. So much, I expect humming birds could live on his sweat.

Where are you Quint?

Information on Gayne’s magazine pieces and books can be found at: www.gaynecyoung.com