Quint was a hard man. Obsessive and self-destructive. Maniacal and psychotic. Uncompromising and sentimental. Foul enough to make the Devil... 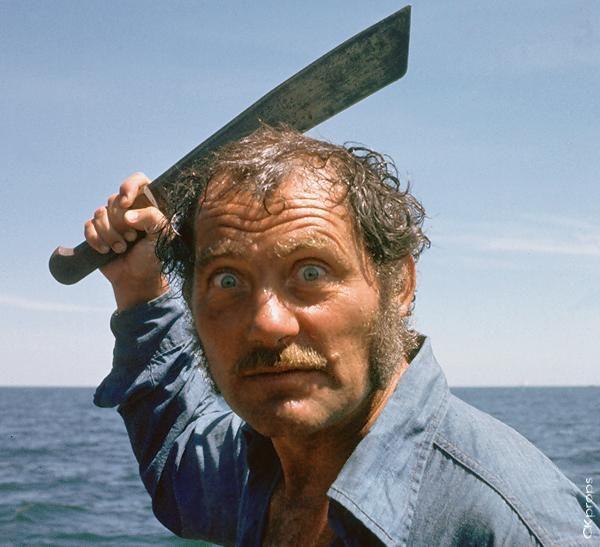 Quint was a hard man.

Foul enough to make the Devil cringe and charming enough to…well…he wasn’t charming. Nor was he apologetic.

Quint was the best there ever was (even though he got eaten at the end).

And probably never will be.

And yet ever since I first saw him in Jaws so many years ago I’ve been searching for him in the shark fishing guides I’ve hired year after year after year.

Some have had one or two of his characteristics, but none have been Quint.

To be honest I should probably quit looking as I’d have to be crazy to go out with Quint in the first place.

I won’t tell you his name.

I will tell you that he came highly recommended, specialized in big sharks, and was about as polite as they come.

On the phone anyway.

When he picked me and my friend Champe Carter up at the hotel at 5:30 am he was something else altogether.

Now Champe and I aren’t saints by any means but I doubt whether either of us would weave a tapestry of profanity like this guy did upon just meeting someone. This guy didn’t care what he said or who he slammed, a point he drove home all day long on a variety of subjects.

About his lack of several teeth:

“I love sea turtles. People should really respect them.”

By the end of the of the day Champe and I had long had our fill of Captain Potty Mouth (not his real name). Yes, Quint cussed a blue streak but he was entertaining. This guy was just angry at the world. Plus we hadn’t caught any sharks.

Where are you Quint?

Information on Gayne’s magazine pieces and books can be found at: