The End of Jersey Sharking?

From APP.com… New Jersey fishermen could see a shutdown of the summer shark fishery – and the suspension of big-money... 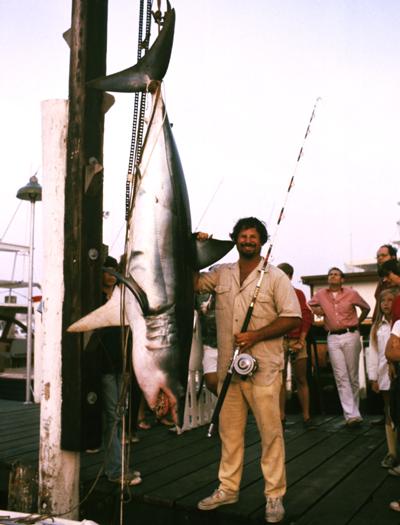 New Jersey fishermen could see a shutdown of the summer shark fishery – and the suspension of big-money shark fishing tournaments – because a two-year-old revision of the state’s marine fishing regulations was not approved before former governor Jon Corzine left office, industry advocates say.

Now they are afraid the regulations could be delayed again by Gov. Christie’s declaration of a 90-day moratorium on new regulations and rulemaking.

“Because of Governor Corzine’s failure to act on the package, New Jersey is facing a potentially damaging shutdown of our shark fishery,” the Recreational Fishing Alliance says in a letter sent today to the governor’s office. “”The Atlantic States Marine Fisheries Commission is scheduled to meet in Alexandria, Virginia, from February 1-4, and during those meetings New Jersey is expected to be voted out of compliance on our shark regulations, which will begin the process of shutting down our shark fishery.”

The ASMFC is an interstate compact that binds East Coast states in cooperative conservation measures. States that don’t comply with those management plans can have their fisheries closed, a step that would be enforced by the National Oceanic and Atmospheric Administration and Coast Guard.

Back in 2007 the state Department of Environmental Protection prepared a sweeping revision of the state’s regulations to comply with ASMFC requirements, but it languished during legal reviews and was ready for publication in the state Register last fall, according to the RFA, and has been awaiting approval at the governor’s office.