How Much Can We Take?

Jon and I got our first day off today. After a long string of sleepless nights culling through photos, editing... 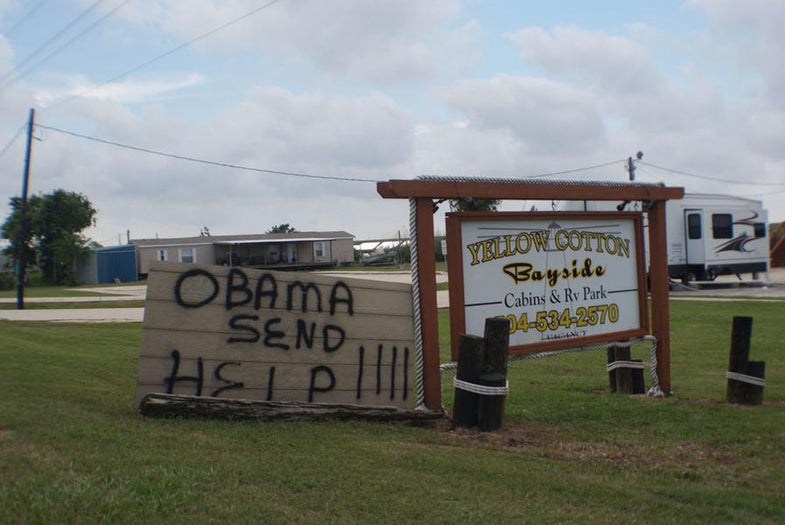 Jon and I got our first day off today. After a long string of sleepless nights culling through photos, editing video, and trying to write everything down, we were able to get about five hours of sleep before the phone calls and requests for our time started pouring in around nine. I think Jon and I would both be remiss if we didn’t say this has been a life-changing experience.

I don’t think either of us were prepared for the sights and smells we found floating in our Gulf of Mexico. We, like most of you, predicate our lives and schedules on her tides and the lunar cycles above. We fear, just from the shear magnitude of things we’ve seen, that this may be a coffin nail for some aspects of the Gulf’s fisheries. We have to sit back and take a long look at ourselves and question how much can we take.

Let’s look beyond the immediate concerns of loss of habitat, closed fishing seasons and grounds, economic ramifications, long-term health issues, and the immediate fears of long-term fishing management policies. The red snapper, all ready a hot topic button, will push the Gulf management conversation into unchartered territory. As Jon and I sit here and discuss the short-term issues it gets even more challenging.

However, one of the greatest needs this travesty demands is increased funding for data gathering and assessment for federally managed fisheries. This also demands the needs of recreational and commercial fishermen to support Senator Pallone’s HB4914 Coastal Jobs Creation Bill. Although 4914 was originally envisioned to inject needed funding into already existing grant programs through the Coastal Zone Management Act, the BP oil spill is an opportunity to ask the beleaguered Congressional coffers for more money to place our fishermen and shrimpers who are currently out of business back into the game.

One question, though: does the magnitude of the BP spill maybe shift a call for congress and affected communities to pressure BP to create a matching slush fund to help aid in the clean-up? The Pallone Bill asks for 80 million per annum for the next five years. Imagine if we got that appropriation and BP had to match in kind. Because let’s face it, with the news coming out of the Halliburton, TransOcean, and BP, although they are promising to pay for their mess, will they? Ultimately, can they?

The current Oil Pollution Act, created in 1976 and reauthorized in 1990 in response to the Exxon Valdez boondoggle, sets a 75 million dollar cap on the corporation’s fiscal responsibility. However, the US Senate has acted and is currently trying to rush a bill through the Senate to get to the House and raise that miniscule cap, which was originally set at 75M because it was the cost of a tanker in 1990, to 10 Billion dollars. Yes, you read that right: 10 billion with a B.

We know the cost of this clean-up will rocket into the stratosphere, long-term medical issues will arise, injury and loss of property claims will fester, and all of this will ultimately be passed down to us-the consumer at the end-use stage. We will see these passed-on costs at the pump and in happy taxation when the government finally realizes, “Hey, we can get the American public to pay for our lackadaisical mineral management policies and protections and for greedy American corporate malfeasance created by cutting corners and costs.”

We need solutions and we can’t sit back and let non-solutions and finger-pointing fester while we wait and watch it drift out of an already tenuous news cycle.

Captains Jon Brett and Brandon Shuler are live on the scene in Louisiana for FishbuzzTV and Drilled By BP and will file regular reports for Outdoor Life.