There is just something undeniably cool about bluefin tuna. These fish swim thousands of miles, can weigh a thousand pounds,... 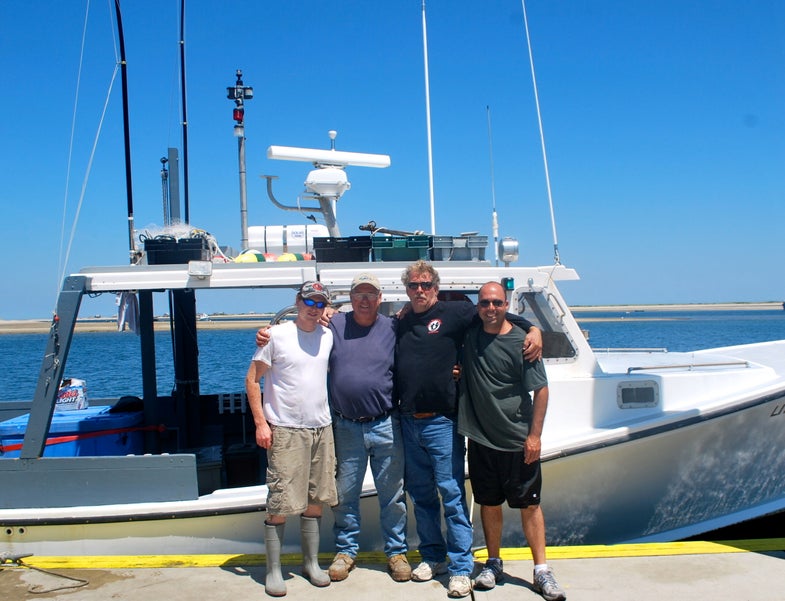 There is just something undeniably cool about bluefin tuna. These fish swim thousands of miles, can weigh a thousand pounds, and will wage a topwater assault on a school of bluefish that is fascinating to watch. They are underwater, swimming, hunting, pelagic tanks. There is nothing about them that does not fascinate me. I’ve been counting down the days to my most recent stop in Bourne, Massachusetts, to fish for bluefin out of Chatham, since the trip began. I chose to fish with charter captain Jim Pechie, who has caught more than his share of bluefin including a 400-pound fish last season and knows the Cape’s waters like the back of his hand.

The night before the trip, I go fluking with Joe Pechie, Jim’s son. At 26, Joe has an appetite for being on the water that’s insatiable. He digs clams, he puts out lobster pots and he fishes for everything. His knowledge about the marine life that surrounds his hometown of Bourne is equaled only by his thirst for more of it. You get the impression the kid was born fishing.

After seven hours on Vineyard Sound, Joe and I have released dozens of short fluke and a few seabass from his 23-foot Ocean Scout without the doormat were looking for, and we throw back the last short fish as the sun slips into the sea, shake hands after a good day on the water, and run for the launch.

The next day, myself, Jim, Joe, Joe’s brother Jamie and knowledgeable waterman Steve Webster will troll from before sunup well into the afternoon without a sign of fish. All the stops are pulled and we drag spreader bars everywhere. There is bait, there are whales, but there are no tuna. When Joe takes the helm I get the opportunity to pick Jim’s brain about the fishery and the species and my knowledge doubles and the day flies by even without any action as Steve keeps the laughgs coming with stories from his days spent on the sea.

Afterward, over a beer or two, Joe and I discuss tuna and their behavior patterns and the difficulty of pursuing such a mobile and elusive fish. Joe and his fiance Kim are kind enough to house this fishing bum for four nights in a row, and even seem glad to do it. With seafood on the grill, Joe’s dog Bear, (who stands about 13 inches off the ground) in your lap, sunburnt, slightly hung over, and sore from laughing to hard the night before, it’s easy to forget you’re even a guest.

Some stops on my journey are especially highly anticipated, and this was one of them. I was prepared for a fishless day, but I also thought it could be one of the most memorable stops on the route. The fact that both rang true has reminded me again that it’s about so much more than the fish, which are such small parts of our best days on the water.