The Capital of Cool

It’s a Saturday night in Islamorada. I’m sitting at Smuggler’s Cove, a Bar where Marlin Too, a local band, plays... 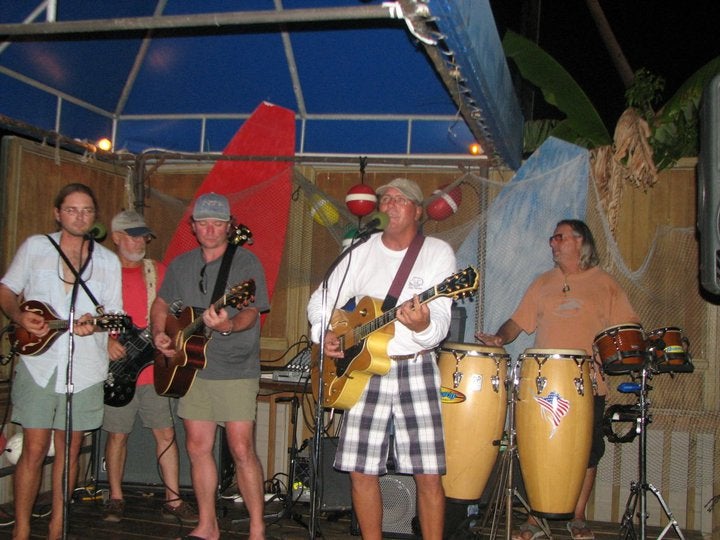 It’s a Saturday night in Islamorada. I’m sitting at Smuggler’s Cove, a Bar where Marlin Too, a local band, plays every weekend. I’m talking to Kris Bacen, who plays the mandolin, the steel guitar, and is also one of Islamorada’s best bonefishing guides. There’s been a scarcity of bonefish lately, but Chris is still finding a few.

Chris Miller plays lead guitar and sings, and refers to Bacen as his “little brother.” He sips a coke and bourbon on stage, after the two finish a Johnny Cash song that turns into a jam, they’re now taking a break. Miller is one of the old guard in Islamorada, and has stories about the old days of chasing fish in the keys. When it was the “wild west,” as he describes it.

During the day he works on refurbishing a Bertram when he’s not fishing, and on Saturday nights he covers Cash, The Band and even performs a few original tunes. Marlin Too is a few men short, missing their harmonica player, Jimmy Lozar, who is off to Montana for some trout fishing for a few months.

The man on the bongo drums is Alfredo “Pasta” Pantaleo. A local artist who paints marine life and drives a Harley, has graciously put me up for a week, in his apartment that overlooks the bay side of Islamorada. At night you can wander out with a cold beer and watch juvenile tarpon and lemon sharks swimming in the dark underneath the dock. Neither will hit a jig under a popping cork, in case you were wondering.

I’m talking with Bruce Pollock, who has taken me fishing a few times since I started spinning my wheels in Islamorada. He’s telling me how they couldn’t get redfish to the boat fast enough that day, before they were covered up in sharks. Bruce is a plumber by trade, who left upstate New York for the Keys and never went back.

Looking on stage there’s one of the last of the old Islamorada guard, playing a Jerry Jeff Walker Song, there’s an outstanding artist, a tremendous steel guitar player and one of the Key’s best bonefishing guides.

People come and go in Islamorada, no one is in a hurry, it’s always warm and rarely rains in August, there’s always music somewhere and fish to be caught. I’ve had the fortune to see a great many places up and down the East Coast, but few are as unique and difficult to leave as Islamorada.