FISH AMERICA: Am I Lucky?

In Florida I got the chance to fish with two extraordinary anglers, both of whom came highly recommended, and clearly... 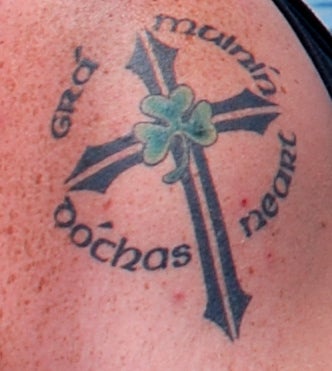 In Florida I got the chance to fish with two extraordinary anglers, both of whom came highly recommended, and clearly knew what they were doing, but with both we got shut out. Something that both admitted, even though it was a tough time of year, was unprecedented. How else can you explain that except just pure bad luck?

This past week I placed my camera case on the rear bumper of my jeep before leaving a marina and accidentally left it there before driving some 10 miles down the road, and when I stopped for gas it was still there. It stayed, held by nothing, at a speed of more than 40 miles per hour, and it held on during turns. That’s luck that defies the laws of physics.

So far on this voyage I’ve broken a pair of sunglasses (New York), lost a phone (in New Jersey), a pair of sandals (Virginia), and broken one rod (North Carolina). All of which, except maybe the sandals, felt like gut punches of bad luck.

Two nights ago, I was lying on my jeep roof, because I was alerted by a friend of impending meteor showers. Waking up the next day, I couldn’t find my wallet. I looked everywhere, emptied my jeep, drove back to the restaurant I had last stopped, and was about to give up when I found it. Where? It had fallen out on top of the jeep and was still there. That’s almost impossibly lucky.

There is a crack spreading on my windshield from what I can only assume must have been a pebble that hit at the right angle. I need to get it fixed, but I haven’t yet. Just pure bad luck.

Of the numerous police officers that have spoken with me about parking-lot sleeping, not a one has hassled me or ticketed me. A few might have been nice, but every cop I’ve encountered on the East Coast? That’s just good luck.

Putting your life in the hands of the highway for 2-plus months is like throwing yourself at the feet of fortune. Anything can go wrong, and everything can go very right. Now there’s no doubt I’m fortunate in the greater sense, I am fishing my way cross-country after all, but I’m wondering, am I lucky? And does asking the question out loud change that?

Baseball and fishing split most of the world’s superstition, I believe, so I’ll ask you what role luck plays in your angling adventures, and what role you think it’s played, or will play, in mine.