Heroes on the Water

“As you get older, it is harder to have heroes, but it is sort of necessary.” -Ernest Hemingway I think... 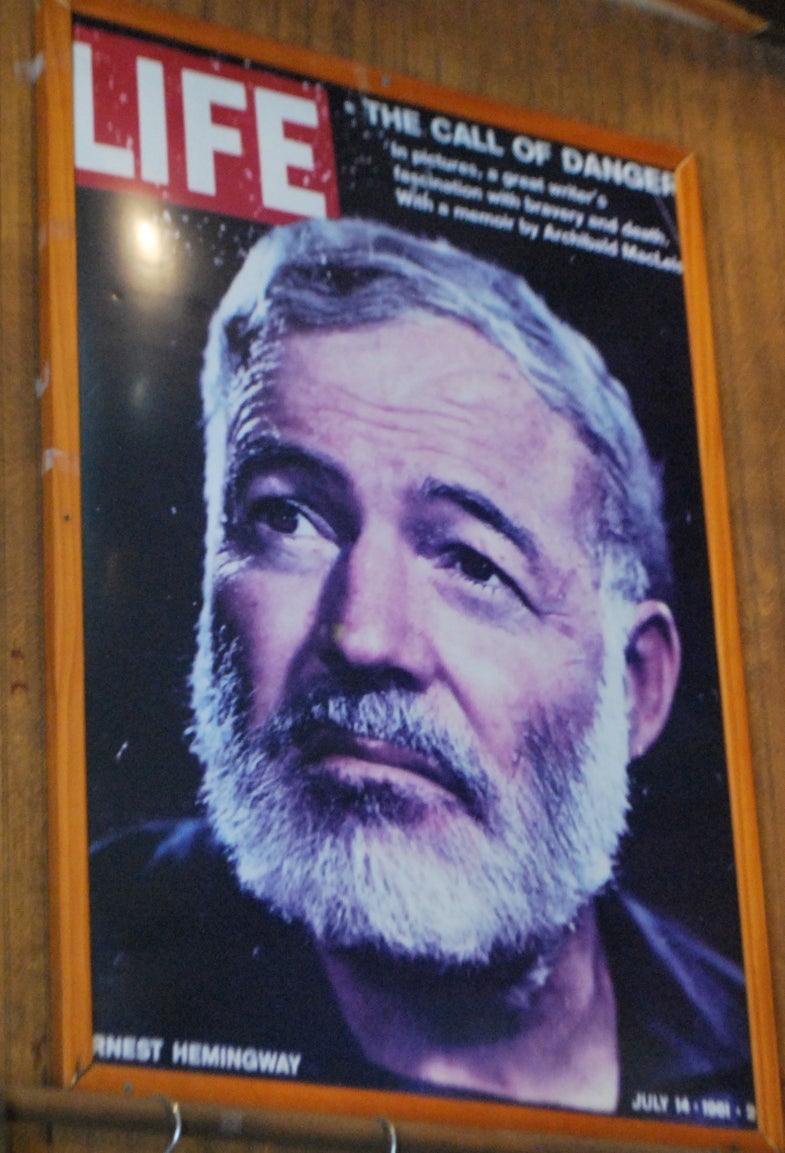 “As you get older, it is harder to have heroes, but it is sort of necessary.”

I think that Hemingway was right in this, and many other things, and for a long time, Hemingway, as a fisherman and a writer, has been one of my heroes.

It began when I read The Sun Also Rises during my freshman year at Syracuse University. Here was a guy writing about, certainly among other and more profound things, getting drunk and fishing. At 18, I could relate.

This past week I was fortunate to visit the house where Hemingway spent a portion of 10 years, and where he worked on his classic war novel, A Farewell to Arms. The house, converted to a museum where tours are given daily, is a worthwhile trip for any Hemingway fan. The photos, stories, and history alone make the $12 entry fee a bargain. You will see cats named for famous literary characters, a urinal-turned-fountain, what was supposedly at one point Hemingway’s “last penny,” and a studio where he did some of his most important work.

The photo here was taken while balanced on top of a concrete wall that surrounds the house. Viewing hours are from 9 a.m. – to 5 p.m. and I arrived at 5:30. Despite telling the groundskeeper I worked for Outdoor Life, I was told to return during business hours, which I did the next day. But I would not recommend scaling the wall, it is narrower on top than it looks and tipped with barbed wire, and keeping your balance for a photo is not easy.

Hemingway is perhaps best known for his courageous descriptions of war, bullfighting and big-game hunting in Africa, and for good reason. He perhaps wrapped words more tightly around the things that we love about the outdoors than anyone did before or has since.

But the passages where he let his love for the ocean or the stream just flow onto the page have always been my favorite. Whether he was describing the Irati River in The Sun Also Rises…

“We stayed five days at Burguete and had good fishing, the nights were cold and the days were hot, and there was always a breeze even in the heat of the day. It was hot enough so that it felt good to wade in the cold stream, and the sun dried you when you came out and sat on the bank.”

…Or an epic battle between a marlin and Thomas Hudson’s son David in Islands in the stream:

“If David catches this fish he’ll have something inside of him for all his life and it will make everything else easier.”

Hemingway has put the water into words, and has inspired me to try to do the same. Do we still need heroes, do we have room for them today, and who are yours?