These two photos might not look related, but they are. The boat pictured is sitting in Apalachicola Bay, where dozens... 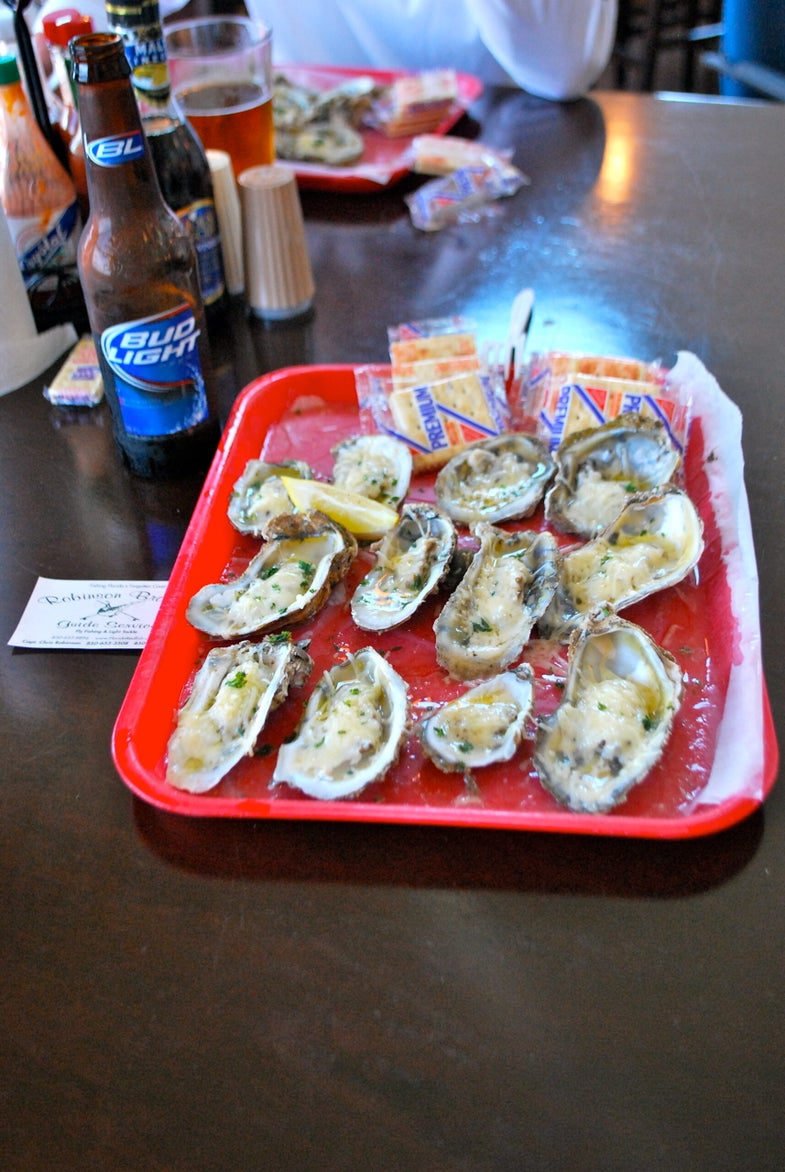 These two photos might not look related, but they are. The boat pictured is sitting in Apalachicola Bay, where dozens of oyster boats stack up on a given flat and use tongs to pry oysters, for which the area is famous, from the bottom. The second photo is how lazy fishermen such as myself can benefit from this hard work, with a dozen baked oysters and a cold beer after a long day in the Florida heat.

Apalachicola is famous for its oysters. Exceptionally clean water combined with an influx of fresh water make the oysters here some of the best in the country, or so I’m told. Ninety percent of Florida’s oysters come from Apalachicola.

I fished with Chris Robinson of Robinson Brothers Guide Service on Thursday and Chris was kind enough to show me the local delicacy once we had worn out some redfish, which you’ll see coming up this week. The oysters, baked with Parmesan cheese, were about as good as anything I’ve ever eaten that came out of the ocean.

Which got me to thinking, what’s the best way to fill up after a day on the water? It’s certainly depends on the region, and it’s up for debate, but it seems like it’s one worth having. At the start of my trip I had my first lobster up in Maine, where you can’t drive a half-mile without seeing a lobster shack or shanty on the coast. Then there were the Cape Cod scallops. The spanish mackerel brought right to a restaurant for cooking in North Carolina was pretty good. Although, the snapper and grouper I had cooked in the keys would certainly give it a run for its money.

So I’ll open the floor. It’s been a long, but good day on the water, and you’re starving, what do you do? Is the day’s catch always the best option no matter what it is?

I’ve been down the East Coast from Maine to Florida. I’m sure there are delicacies I’ve missed, and I’d like to hear about them. What can’t I afford to ignore as I make my way westward?

And, are you hungry yet?