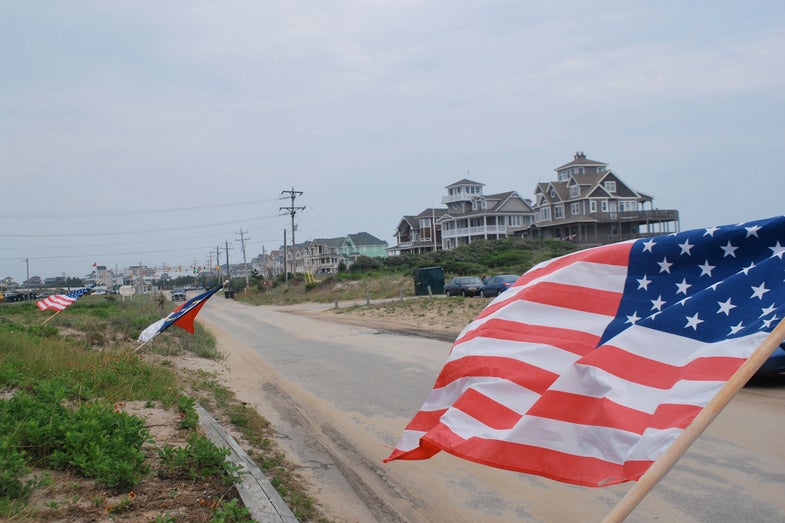 I have caught 41 species of fish, in 54 cities and towns in 17 states. I’ve spent four months on the road, most nights in my jeep in state parks, Universities, Wal Marts, and hospital parking lots. I’ve stood under a hundred skies. The crew cut I wore when I left is now hair hanging in my eyes. I cut two new holes in my belt to keep my shorts up, lost two phones, flipped one kayak in the surf and snapped one fishing rod. I have a ways yet to go.

But more than any sum total, I am have been affected by the individuals, the days on the water, and the nights on the road.

There was the time I accidentally took a 13-mile logging road instead of a paved one, way up in Maine, the 70 hours without sleep, shark fishing in New Jersey then spending a night in the surf in Montauk, the fireworks on the 4th of July in Washington D.C. and the tiger shark that tried to eat my amberjack in Virginia Beach. There was the 103-degree day in Florida, the night in Islamorada trying to catch juvenile tarpon from a dock after a six-pack, unsuccessfully. There was the way the San Antonio riverwalk looks like a corridor of light after too much rum. There was the fresh lobster in Maine, the homemade peach cobbler in Georgia, the oysters in Apalachicola, and the “Po’ Boy” in Louisiana. There was the time I was pulled over three times in one night trying to get to South Padre Island, Texas, and the (not one, not two, but) three squad cars that ejected me from a parking lot once I did finally make it there. There was the hardest rain I’ve ever seen in Texas, and the storm that made the braided line rise in the air and the outriggers hum in Florida. I’ve caught the largest fish (a blacktip shark) and hardest fighting fish (amberjack) of my life, and my first salmon on the fly.

Of course, like any fisherman, taking last casts well after sundown, I’ve tarried too long. I stayed too long in New Jersey, then in Virginia Beach, then on Cape Hatteras, and I stayed way too long in the Florida Keys. The nights are getting longer and the air cooler.

A daily glance at headlines about the economy, the war and the oil spill reminds me that our problems, yes, are numerous. But they’re not overwhelming. America is larger and more beautiful than you can imagine from any one place inside it, and there’s a lake, a stream or a shore nearby.