Swimmy was floating this morning. I’m not sure what the cause of death was but he was close to three... 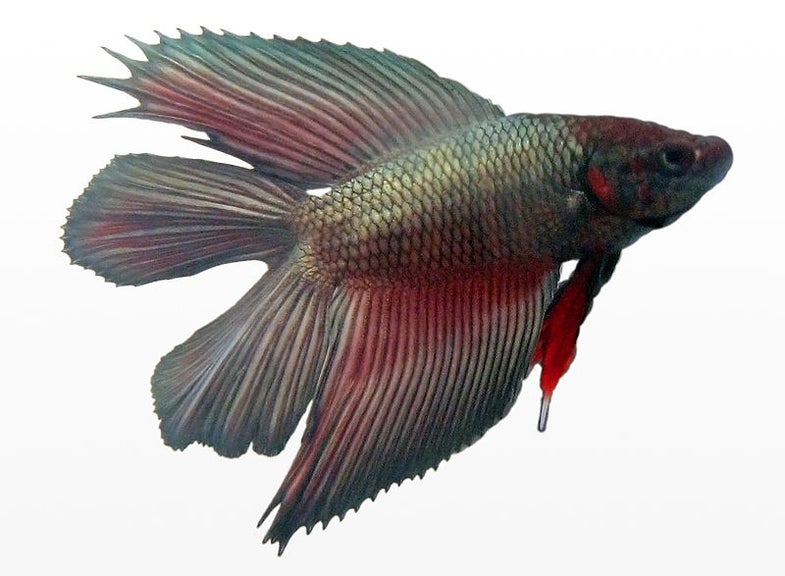 Swimmy was floating this morning.

I’m not sure what the cause of death was but he was close to three years old. Maybe he willed himself to die. Unable to fight other fish as he and his beta species were born to do he gurgled, “screw it” and died. I guess we’ll never know. He’s in a bowl on Jesus’s kitchen table now, suspended in an eternity of gin-clear water, forever happy and content.

Swimmy came into our life via the local Wal-Mart. He was fairly cheap as I recall, maybe three dollars. Five with the two Icees I had to buy for the kids on the way out. Swimmy was originally intended as a birthday gift for my then three-year-old son Barrett but quickly became a member of the family. One that we often ignored, occasionally forgot to feed, and let swim around in feces clouded water but a member of the family nonetheless.

I suppose the thing I liked most about Swimmy was the small shared moments he brought to me and my son. A stream of never-ending questions about what fish eat, how they breathe underwater, why humans eat some fish and not others, and could Swimmy beat up a shark if he wanted to. Of course not silly boy. Swimmy’d be poop in the time it took to run the shark’s intestines.

Because of Swimmy, my son has taken an interest in all things fish and fishing. Continually asking about the two of us heading to the open ocean to fish or to travel to the Far East in search of Swimmy’s relatives. To Barrett, Swimmy’s bowl was a glass tunnel into the sports world, into a world of adventure and endless possibilities with dad.