This first tour of the country, it’s just a trial run I’ve decided. Next time … next time I’m going... 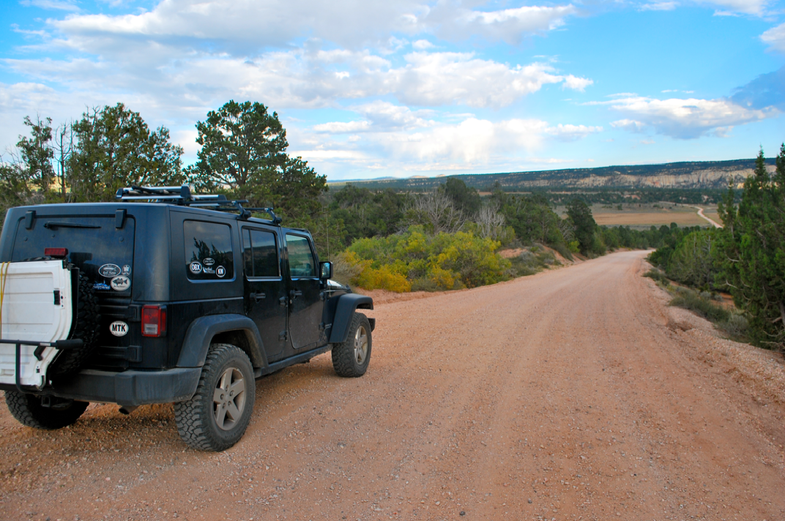 This first tour of the country, it’s just a trial run I’ve decided. Next time … next time I’m going to do it right.

Next time I’ll save enough to stay in hotels, so I’m not searching for the zipper on my sleeping bag like a caterpillar in a closed cocoon as a police officer taps on my jeep window in a parking lot in the cold pre-dawn Arizona morning, and leaves promising to check out Outdoorlife.com once I finally emerge to describe my mission.

Next time I’ll eat at the best restaurants, instead of drinking Natural Lights with the homemade elk tacos that Danny Woods was kind enough to prepare for me in Page, Arizona, or the pineapple pizza and Pabst Blue Ribbon I shared with John Kobald, his wife son and daughter around their dinner table in Meeker, Colorado.

Next time I’ll have a membership to a nationwide gym chain, so I don’t have to stretch out after a long drive by taking shots with a half-inflated, women’s basketball on an empty court next to the town post office in Cannonville, Utah, replaying Jordan’s famous Game-6 steal from Malone and jumper over Byron Russell that happened in the same state, the mountains in the distance replacing rafters of fans in my imagination, which has matured surprisingly little since that game (I did make sure no one was watching, and whispered the play-by-play).

Next time I’ll be able to pay my Sirius radio subscription so my iPod doesn’t look like a 3rd-grade geography quiz with playlists named for each state I’ve driven through.

Next time I won’t drag my feet and fall behind. I won’t get stuck in South Carolina, having steak dinners with Tommy Scarborough and his wife, fishing with him for three days instead of one. And I won’t spend a week in the Keys, trying to catch tarpon from a dock at night and watching a band of bonefish guides cover Jerry Jeff Walker. I won’t be foolish enough to stick around New Orleans, and take a second shot at redfish after striking out on my first trip.

I won’t backtrack and lose time to fish with Greg Dubrule in Connecticut, to hear stories about Frank Mundus, the man who inspired Jaws, see a mounted great white shark, and fish with one of the Northeast’s best headboat captains. I won’t double back to catfish in the winding and indescribably beautiful cypress swamps of Mobile, Alabama with Pat Ogburn.

Next time I’ll get the best GPS, so I don’t wind up lost on 30 miles of Utah dirt road, trying to take the “scenic route” to Escalante. That way I won’t have to solicit directions from Randy, a Utah resident who has been waiting three years for his mule deer tag and is kind enough to give me directions, and wish me luck, on his way to camp.

Next time I’ll get only the best guides, so I don’t wind up fishing with guys like Corey Slater, a passionate 24-year old fly-fisherman working the counter of Babbitt’s Fly Shop in Flagstaff until he can get his guiding career off the ground in the Pacific Northwest, and who not only furthered my knowledge of the tactical aspects of the sport, but who gave me an old 4-weight reel to use on the remainder of my trip.

Yeah, next time I’ll do it right.