The Secretive World of Bait Development

I recently had the opportunity to fish with John Prochnow, the leading chemist behind the inventions of Berkley Gulp! and... 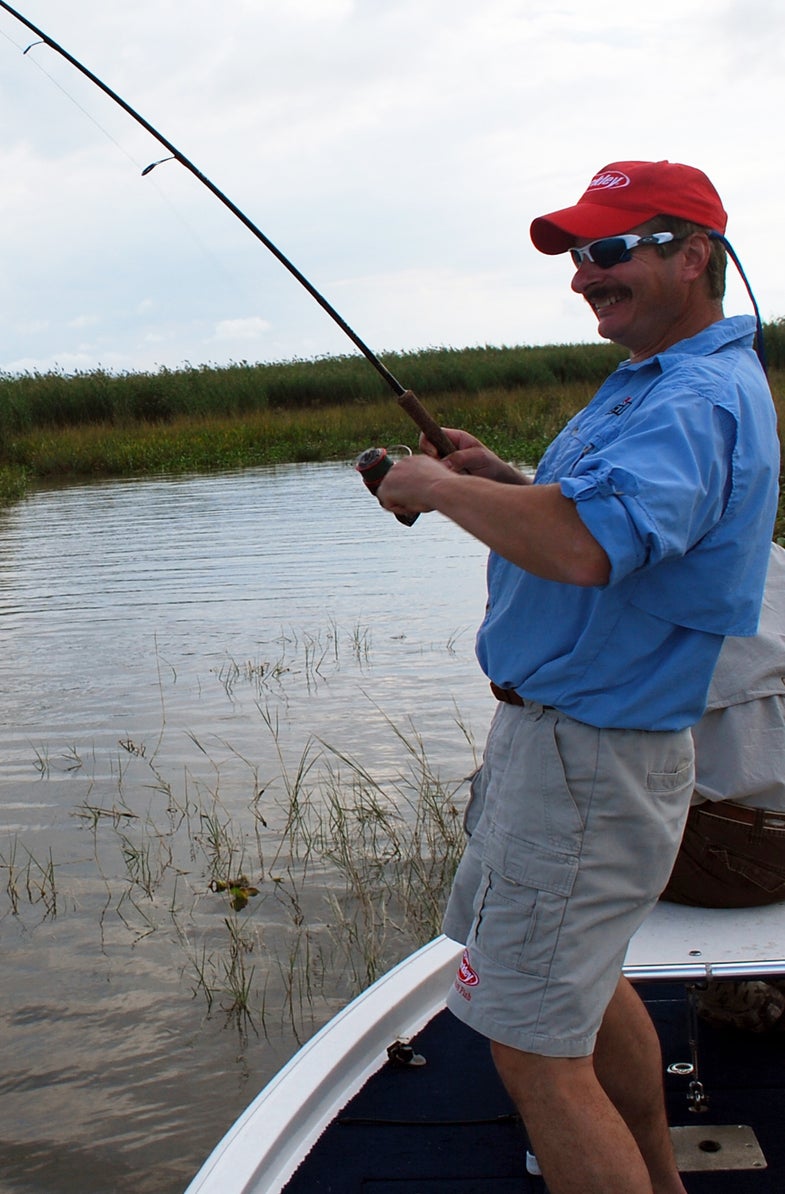 I recently had the opportunity to fish with John Prochnow, the leading chemist behind the inventions of Berkley Gulp! and Powerbait. The few hours I spent in the boat with him were a learning experience to say the least.

While Prochnow is no doubt an expert angler, his most important lessons had more to do with science than fishing. Think of him as the Bill Nye of the fishing industry.

Since he started with Berkley decades ago, Prochnow and his team have developed a way of designing and testing their baits that seems more suited for aerospace engineering than fishing.

To develop Gulp! they analyzed the chemical makeup of common bait species such as shad, shrimp and nightcrawlers. By using machines with names like gas chromatograph and mass spectrometer they found out what chemicals make up these species and in what ratios they are present.

The team then recreated these chemical makeups the best they could and tested them on fish in a laboratory. This strategy evolved from a bait called Berkley Strike which was more or less ground up fish parts. Those first baits weren’t overly successful and had shelf life issues; old jars would occasionally explode in stores.

After the test teams created a handful of formulas that were successful, they added them to their soft plastic baits and ran more experiments. These formulas are carefully guarded and only a few people in the company know them. Prochnow is the only one at Berkley who knows every formula and he jokes that he hast them all memorized.

To test each formula, they used a large oval pool with an electronic arm that automatically swims the lure prototypes. The tester would release a fish into the pool, typically a bass or trout, and see how it reacted to each lure.

With cameras they observed how many times the fish would hit a bait, the angle of its attack and sometimes even the aggressiveness of the strike (they did this by using tiny load cells that report force of impact).

When Prochnow thought he had built the very best baits he could in the lab, the real testing started: he took them out on the water. Three anglers would trade off fishing the different prototype lures and record how many fish they caught on each. Prochnow says they would aim for 75-100 fish per tester per bait. If that sounds like a lot of fishing, it is.

They repeated these field tests over and over in different regions of the country until they thought they had the right formula, and Gulp! was born.

This brief history on Gulp! gave me some serious insight on the direction the fishing industry is moving. As lure manufacturers continue to try and roll out the best and newest fish-catching products, an arms race has begun.

Prochnow couldn’t tell me exactly what he’s going to come out with next, but he assured me that he, and the rest of his team, is very very busy.