Fish America: It’s Worth It

Novelist Ralph Ellison said: “Had the price of looking been blindness, I would have looked.” I’ve spent exactly 200 nights... 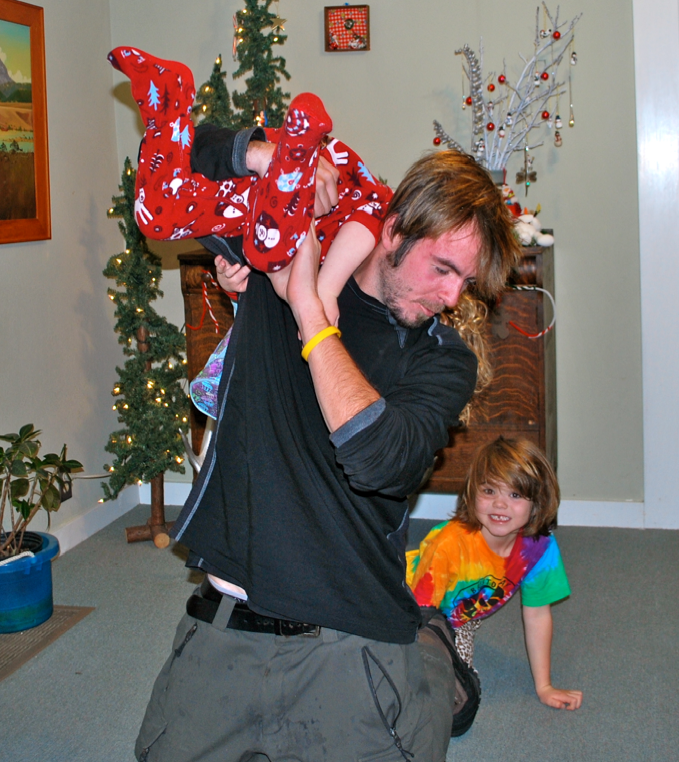 Novelist Ralph Ellison said: “Had the price of looking been blindness, I would have looked.”

I lost count of the number of Wal-Mart parking lots I’ve woken up in, I crashed on the couch of a marine artist in Islamorada for nine days, I fished with a certified rock star, Clarence Clemons, I’ve thrown plugs, dries, spoons, nymphs, jigs, spinnerbaits and chunked baits in tiny ponds in Vermont, from atop a boulder in the crashing Montauk surf, to Seattle’s Puget Sound.

Now there’s a scar on my elbow and knee from taking a spill on some frozen Montana trout water. My jeep windshield looks like a spider web of cracks, it’s cold no matter where I go, and truth be told, I’m tired. So I suppose it’s time to rest, if only for a while.

I’ve tried to share the journey with you through hundreds of photos and dozens of videos along the way, and I’ll bring you one more. Don’t look too hard for a fish in this one. That’s Myca (over right shoulder) and Tate Thomas, the 3- and 5-year-old daughters of Greg Thomas, a first-rate fisherman and human being both. Greg put me up on his couch, fed me venison and cold beer. Myca covered me in sparkly stickers, and Tate wanted to take me to Alaska the following summer.

If I could fit 100 photos in this blog, there’d be 99 more of the people who’ve helped me along the way. Whether it was with 10 minutes of time, a spare fly reel, a couch, a hot meal or a cold beer, I’ve been the beneficiary of the kindness of anglers all across the country and am immeasurably better for it. There were a lot of them, but it was never much about the fish.

At 24 I’m as clueless as I’ve ever been, but slightly more comfortable with my uncertainty. I have found, however, that the price is not blindness. I can tell you that it’s not that bad. Waiting a half-hour to stop shivering after being soaked through in a Maine downpour is not that bad. Digging your jeep out of a snow bank in Yellowstone is not that bad. Feeling the water you drink pour out of your skin in 103-degree Florida in July is not that bad.

But the view from atop the 5,500-foot Dante’s Peak into the basin of Death Valley at sunset, and the feeling of releasing your first 20-inch brown trout, first amberjack, first land locked salmon on a dry fly, the first time you see the pacific…is that good. So please grab a rod, some waders, your wife or kids, a few friends, some cold beer, take a deep breath, leave the little things behind, and just go. It’s worth the price.