Know Your Ice, Save Your Life

As far as outdoor pursuits go, ice fishing is not exactly on the top of my list of favorites. Given... 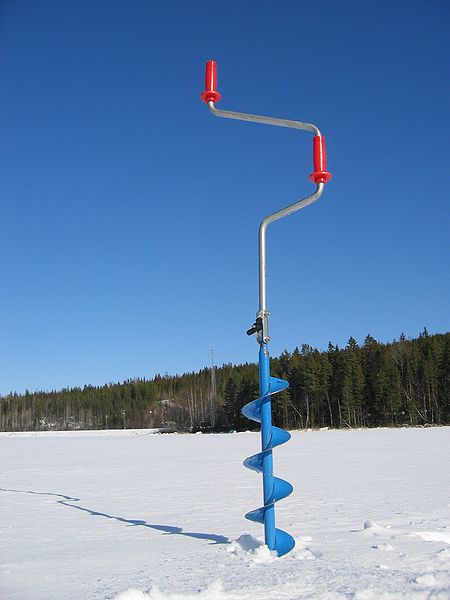 As far as outdoor pursuits go, ice fishing is not exactly on the top of my list of favorites. Given the choice between a deer stand and an ice shanty, I’ll be climbing a tree 9 times out of 10.

But deer season is over (at least for most of the country) and ice fishing season is here. And with the new season comes thin ice. I’ve personally seen some anglers fish over two inches of ice, which seems downright crazy to me. Common wisdom, and sense, says that four inches or more of ice is safe for walking on, but each instance on a frozen lake is unique.

Here are some ice safety tips from the Maine DNR
2″ or less – STAY OFF
4″ May allow Ice fishing or other activities on foot
5″ often allows for Snowmobile or ATV travel
8″ – 12″ of good ice with supports most Cars or small pickups
12″ – 15″ will likely hold a Medium sized truck.

-Ice seldom freezes uniformly. It may be a foot thick in one location and only an inch or two just a few feet away.

-Ice formed over flowing water and currents is often dangerous. This is especially true near streams, bridges, and culverts. In addition, the ice on outside river bends is usually weaker due to the undermining effects of the faster current.

-The insulating effect of snow slows down the freezing process. The extra weight also reduces how much weight the ice sheet can support. Also, ice near shore can be weaker than ice that is farther out.

-Booming and cracking ice isn’t necessarily dangerous. It only means that the ice is expanding and contracting as the temperature changes.

-Schools of fish or flocks of waterfowl can also adversely affect the relative safety of ice. The movement of fish can bring warm water up from the bottom of the lake. In the past, this has opened holes in the ice causing snowmobiles and cars to break through.

-If your car or truck plunges through the ice, the best time to escape is before it sinks, not after. It will stay afloat a few seconds to several minutes depending on the airtightness of the vehicle.