You are a Wimp Compared To: Anthony Smith

Anthony Smith is more than twice my age, was run over by a van two years ago, and must use... 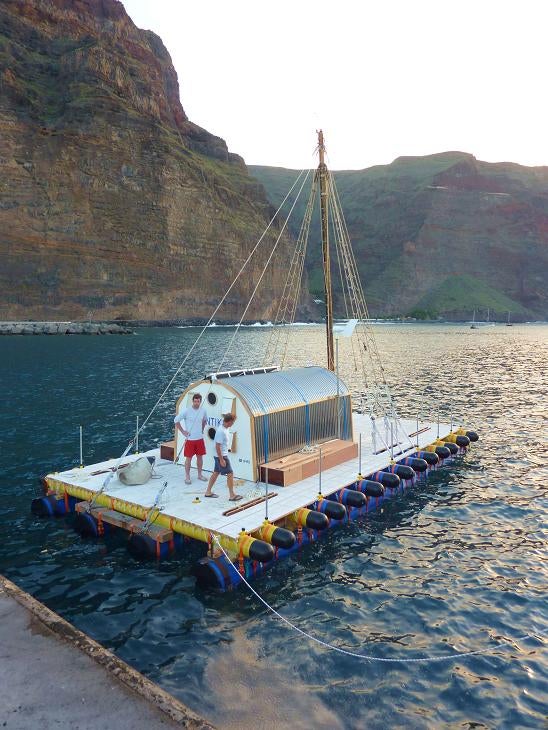 Anthony Smith is more than twice my age, was run over by a van two years ago, and must use a cane to walk, yet in the weeks to come will attempt to cross the Atlantic Ocean on a raft constructed of PVC pipe. He’s doing this to prove that “…elderly people can do something interesting,” and that compared to him, I’m a wimp. OK, he’s also making the voyage to raise money for the charity WaterAid, which helps provide clean water to poor countries.

Smith, who has authored more than 30 books in addition to making a slew of documentaries, has spent more than five years planning the trip and obtaining materials for the raft. The raft, An-tiki, measures 36 x 20 feet with a 20 x 7 foot cabin that can accommodate two sailors at a time. A net fence runs the perimeter the raft to insure that Smith, 84, or any of his 3 crewmembers (all of whom are over the age of 50) do not fall overboard. For food, the crew plans to live off of stores of cornflakes, eggs and bananas as well as caught fish and plankton. According to Smith, eating the latter only makes sense. “Plankton is good enough for the blue whale, the biggest creature on earth, to eat, so it’s good enough for us.” Alcohol will also be packed for the 2,800-mile voyage. “Everyone’s quite keen on a drink, so it’s not so much beer as rum and whisky.”

The crew estimates that the journey, which will depart from the Canary Islands and head for the Bahamas, will take about six weeks.

For the record, I, myself, have no plans to cross the Atlantic on a craft roughly the size of two Chevy Suburbans. But then I’m a wimp compared to Anthony Smith. Are you? Comment below!