Scientists in New Zealand are discovering what bass anglers have known for years – fish like shelter. Dr Mark Morrison... 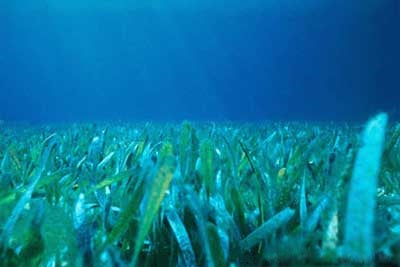 Scientists in New Zealand are discovering what bass anglers have known for years – fish like shelter.

Dr Mark Morrison and his staff from the New Zealand National Institute of Water & Atmospheric Research have been experimenting with mats of fake sea grass in efforts to lure fish back into areas that have seen loss of upwards of 90 percent native sea grass.

The mats are actually wire frames with plastic grass fronds ranging from 5cm to 30cm – Ugh! That stupid metric system. Must everything I write about involve math computations?! – about 2 to 11 inches in length. Morrison explained, “We made them [the mats] with tantalizing long blades of artificial grass, the things fish really go for.”

Apparently the fish do go for it. The areas where the mats have been set attracted not only smaller bait fish but larger game fish such as snapper and trevally. Scientists are so pleased with the results that plans to expand the mats are already in the planning stages.

I wonder if the mats would work in U.S. waters? Comment below.