Fifty-seven happy, healthy bluefin tuna might be cause for thousands of elated fishermen next season in what some consider to... 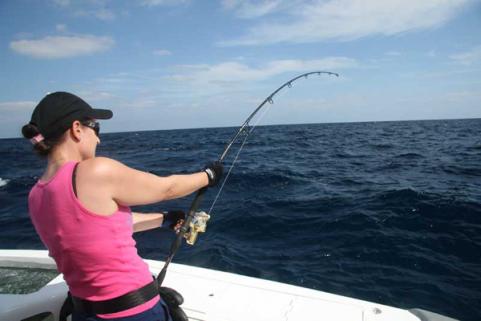 Fifty-seven happy, healthy bluefin tuna might be cause for thousands of elated fishermen next season in what some consider to be the tuna capital of the world.

In a fisherman-funded study, 59 bluefin tuna that were captured last summer near Prince Edward Island were released with a tag that is capable of tracking their activity by satellite.

The fishermen behind the study, and many others, contend that the Department of Fisheries and Oceans’ assumption that 11 percent of tuna die after release (data which is used for the issuing of licenses) is way too high.

The 57 living tuna that are still swimming after last summer’s release would suggest that perhaps they have a legitimate gripe.

Anglers contend that catch-and-release regulations for bluefin would bring added industry to the area, and make better use of their resource.

Prince Edward Island has long been known for its spectacular bluefin fishery and although the last decade has seen some troubled times for the species, recent years have been especially promising.

For example, in 2010, the provincial allotment for Prince Edward Island was 132 metric tons of tuna. Two-hundred-and-ninety-six boats registered to catch bluefin. The season opened on October 5, and closed after October 6, when the quota was met. You can see why these charter captains want to keep fishing.

Because they are part of the western Atlantic stock of bluefin, P.E.I. tuna are managed under the jurisdiction of the International Commission for the Conservation of Tunas (ICCAT). The Canadian allocation is set annually and then divided among the fleets, of which P.I.E. is one. That quota is divided between inshore fleets, longliners, and some is reserved for bycatch and scientific study.

On Prince Edward Island, however, only charter captains are issued licenses for tuna, and anglers must target them through the use of a charter. Because the charter captain holds the license, a landed tuna belongs to him or her, not the angler. The trip, however, is free of charge if you land a tuna.

“No other place in the world are the bluefin tuna of this size available to anglers on day trips so close to shore,” said Mike Stokesbury, a Canada Research Chair in Ecology of Coastal Environments.