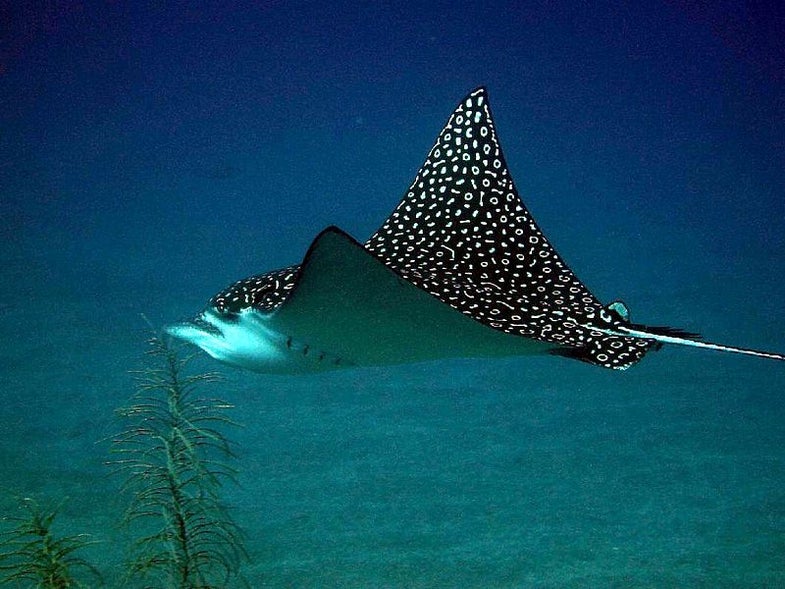 Last weekend Illinois resident Jenny Hausch was repeatedly body slammed Triple H style by a 300-pound giant spotted eagle ray off the coast of Islamorada, Florida (if you don’t know who Triple H is then it’s time to brush up on your professional wrestlers). According to Two Chicks Charters’ boat captain Kelly Klein, the ray appeared from nowhere and knocked Hausch to the deck.

“The ray was slamming this way and slamming that way and she was trying to crawl backwards out from under it but it kept landing on her,” Klein said of the bizarre event.

Klein directed children onboard to the rear of the boat before rushing back to Hausch’s aid only to find the ray containing its WWE Smackdown. “The thing was trying to swim out, and it’s slamming, it’s doing its thing with its body, trying to get out of the boat, and she is underneath it,” Klein stated.

Luckily, two Florida Fish & Wildlife Commission officers were close by and quickly responded. Despite the officer’s best efforts however it still took them 10 minutes to free the woman and dump the ray back in the sea. Remarkably, Hausch was relatively uninjured.

As was the ray.