“Follow your dreams. You can reach your goals; I’m living proof.” Cartman, South Park Yes, dreams can come true. One... 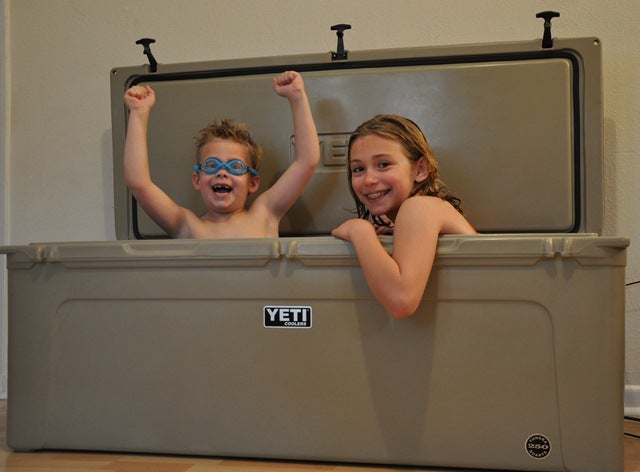 Yes, dreams can come true. One of mine came to pass this week when the UPS man struggled to the point of a coronary to deliver my new YETI 250 Quart Tundra cooler to my front porch. With a slash of his electronic pen, I became the proud owner of the pinnacle of ice chests, the mecca of in the field refrigeration, the Cadillac of beer chests, the…the…owner of a really nice cooler.

But one thing I didn’t take into account when ordering my life dream was just how big it was. At almost 2 feet by 4 feet by 2 feet my new YETI is BIG. How big?

The best response to “It’s so big…” wins a Black Bore “DFA: Death From Above” DVD! So get to it!