While I enjoy wearing an oversized pair of clown glasses in the dark as much as the next guy, I... 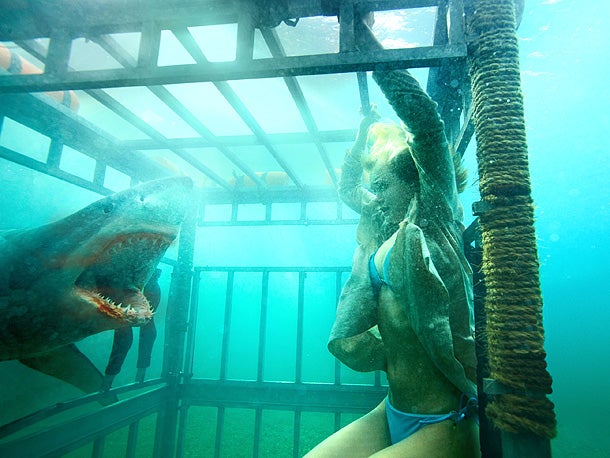 While I enjoy wearing an oversized pair of clown glasses in the dark as much as the next guy, I can’t say that I’m a big fan of the 3D craze.

It’s not that I’m against the technology or that I get a migraine wearing the glasses, it’s just that other than Avatar the third dimension has been used as more or less a fad.

It hasn’t advanced cinema. I’ve yet to walk away from a 3D movie and exclaim, “That made the movie better. That made it worth the extra eight or nine bucks they got me for at the door.”

That might be about to change. Because on September 2, Relativity Media will be releasing Shark Night 3D. This movie promises to have it all; sharks, bikinis, sharks, fishing, the Louisiana Gulf, bikinis, sharks and bikinis ALL IN 3D!

The film is apparently about seven friends vacationing in Louisiana…ah, come on. Do we care? No, because the movie has bikinis, sharks, fishing, bikinis … ALL IN 3D!

Will you be in line come September to see it all in 3D? Which would you rather see in the future; a fishing or hunting movie in 3D? Maybe Gobblers 3D? Or Big Bass 3D? How about Whitetail 3D? Comment below!

Author’s note 2: Please do not suggest a 3D movie featuring Aishwarya Rai. I doubt I could handle perfection in 3D