Contact the Darwin Awards people, we have another entry. Actually, two entries! In a move that screamed “FAIL,” this week... 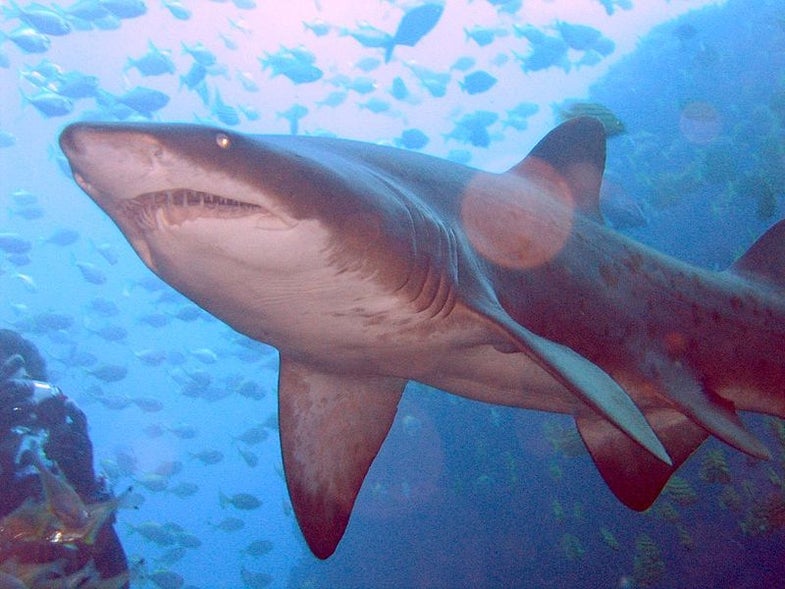 Contact the Darwin Awards people, we have another entry. Actually, two entries!

In a move that screamed “FAIL,” this week a teenage boy from Red Bluff, Australia was bitten by a one-meter reef shark after he teased the deadly predator with a partially cleaned fish.

The unidentified youth – I wonder why authorities won’t release this genius kid’s name? – was reportedly using a fish “frame” to lure the shark into shallower water. When a wave knocked the boy down, the shark sunk his teeth into the boy’s heel. The boy’s injuries kept him in a local hospital until he could be flown to a larger hospital in Perth for surgery the next day.

Yet another individual was bitten by a shark on that same beach when an unidentified man – again, why won’t the Australian press identify these people – put his hand in a reef shark’s mouth while posing for a picture.

Apparently not a fan of the paparazzi, the shark bit the man’s finger. The severity of the man’s injury is unknown.

Thank goodness America is free from such dimwitted people.

What’s the worst thing you’ve ever seen happen when somebody demanded “Watch this?”