Brooklyn seafood importer Yong Hao Wu could spend up to four years in the pokey if convicted of illegally importing... 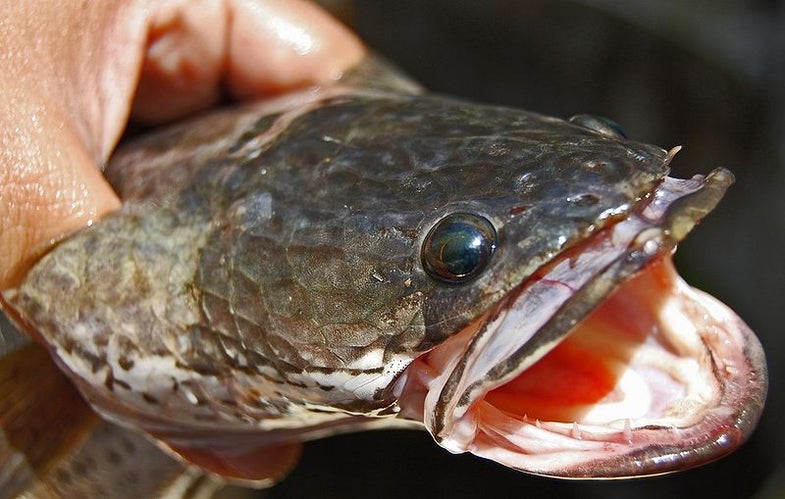 Brooklyn seafood importer Yong Hao Wu could spend up to four years in the pokey if convicted of illegally importing almost 4,000 live snakehead fish. That’s an astounding one day in the slammer for every 2.8 fish.

The investigating officer found something fishy about the crate but allowed it to be delivered to Wu under mobile surveillance. Once delivered to Howei Trading, D.E.C. officers seized the shipment to find that it contained live snakeheads. Officers also found an additional 82 live snakeheads in a tank. After a thorough investigation, prosecutors contend that Wu and his company imported 3,889 live snakeheads between January 24, 2010 and February 10, 2010.

In case you don’t know what a snakehead is…
• They are native to Asia and are considered a Chinese and Korean delicacy.
• Snakeheads have been illegal in New York since 2004.
• They are also known as “Fishzilla,” “Frankenfish,” and “Whathehellisthatuglything.”
• Snakeheads are voracious predators and will attack and eat almost anything – Yes. Even sweet, cute little baby ducks.
• Snakeheads are air-breathers and can travel short distances overland.
• Spell-check hates the name “Yong Hao Wu.”
• Chinese black sleeper fish taste nothing like snakehead – even when fried in “stick” form.