Normally, we avoid shining any light on PETA (People for Ethical Treatment of Animals), but sometimes their message is so... 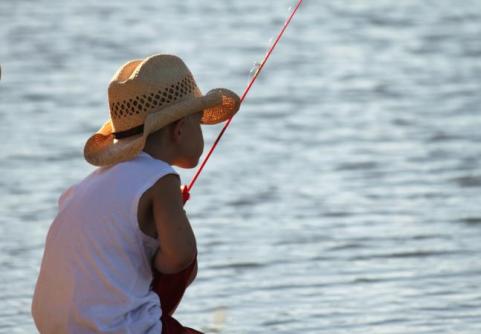 Normally, we avoid shining any light on PETA (People for Ethical Treatment of Animals), but sometimes their message is so over the top that we can’t help but share the laugh.

Blogger Dan Mitchinson at www.MYNorthwest.com writes that the organization is currently telling parents that taking their kids fishing is actually endangering their developing minds.

“Nobody wants to set a bad example for their kids, but many parents don’t actually stop to think that when they’re going fishing, they’re really sending their kids a dangerous message–that it’s fun to torment animals,” says PETA’s Hayden Hamilton prior to a planned protest on Tuesday.

“We’re hoping to grab some people’s attention for a minute to make them consider that fish do feel pain, you know, and it’s a life and death issue for these animals.”

Doesn’t it just make you want to torment some fish in a frying pan?

Yep, no endangering developing minds there. You can’t make this stuff up.