Stop the Plan to Destroy Our Gulf’s Living Reefs

Would anyone mind if the federal government ordered hundreds of coral reefs around the Florida Keys to be dynamited into... 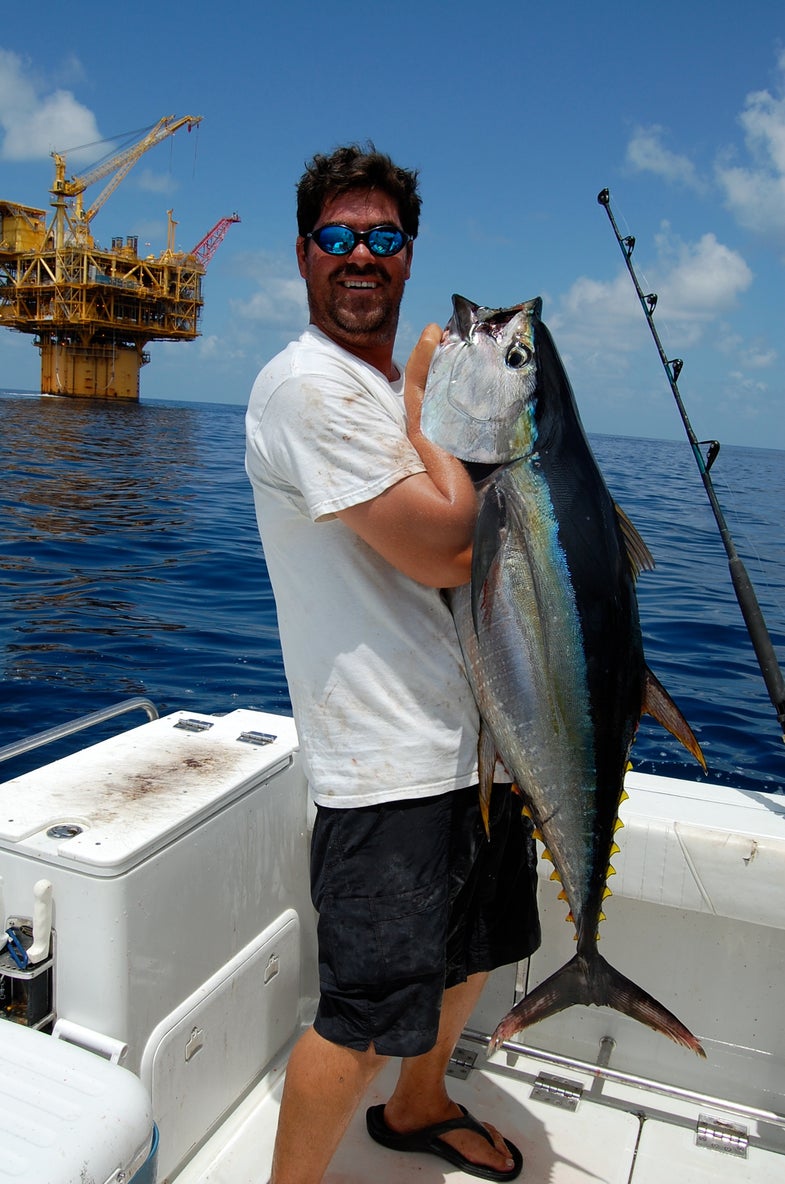 Would anyone mind if the federal government ordered hundreds of coral reefs around the Florida Keys to be dynamited into rubble and hauled away?

One hopes the rhetorical nature of that is obvious. Hell, yes! The uproar would be huge, particularly among environmental groups such as the Natural Resources Defense Council.

So I have to wonder why such environmental groups haven’t spoken out against destroying hundreds of living coral reefs in the northern Gulf of Mexico. In fact, at least one –the NRDC — is on record actively opposing any effort to stop such destruction. These groups are aware of the plan, but I suspect most of the public is not or there would be more pushback.

While any government directive to destroy reefs may sound crazy, here’s how it’s going down.

For years, the feds have obligated oil companies to eventually yank out all non-producing oil rigs in the Gulf. That has been happening, but slowly.

Late last year, in what the Coastal Conservation Association calls a knee-jerk reaction to last summer’s oil disaster, the U.S. Department of the Interior announced a directive that all such rigs be pulled out within five years.

That would mean at this point, about 650 offshore rigs would be destroyed. That’s 650 individual, massive, living, vibrant coral-reef ecosystems — obliterated. (And keep in mind, these are huge vertical reefs offering structure and coral where otherwise there would be only barren, smooth bottom.)

But now there may be hope — in the form of federal legislation just introduced by Louisiana Sen. David Vitter called the Rigs to Reefs Habitat Protection Act of 2011. “I appreciate the Coastal Conservation Association bringing this issue to my attention,” he says. “More than ever, we need to create habitat for marine life in the Gulf, not dispose of it. These idle rigs are serving a valuable purpose supporting our fisheries.”

Indeed, Dr. Bob Shipp, chair of the Gulf of Mexico Fishery Management Council has theorized publicly that one of the main reasons the Gulf is truly swarming with red snapper is the existence of so much habitat where decades ago there was so little.

The Rigs to Reefs Habitat Protection Act would not allow platforms to be removed until assessments are completed to determine whether a platform supports coral populations or other protected species, and to identify any species that have recreational or commercial value. If it is determined that a structure supports substantial reef ecosystems, its decommissioning would be halted until it can be determined that removing it would not harm the reef ecosystem. A breath of sanity, you say? A big 10-4 to that: From this angler/conservationist, a huge thank-you to both Vitter and CCA.

BUT — the fat lady is far from singing on this one. Legislation proposed and legislation enacted may be poles apart.

You can help save the Gulf’s living reefs — and I hope you will by taking just a moment to click here to go to the CCA web site and send a message to your legislators supporting Vitter’s bill.

Don’t let public apathy or astoundingly misguided “environmentalists” destroy the Gulf’s vast, thriving reef system. As sport fishermen, let’s show yet again who the true environmentalists are. Put another way, ask yourself: Is saving a living coral reef and its communities of marine fish worth one minute of my time? Do it now — and pass it on. Together, we can stop the destruction of the Gulf’s reefs.