The Hottest Bait in the World

Don’t look now, but the world of professional bass fishing has been turned upside down following professional angler Paul Elias’... 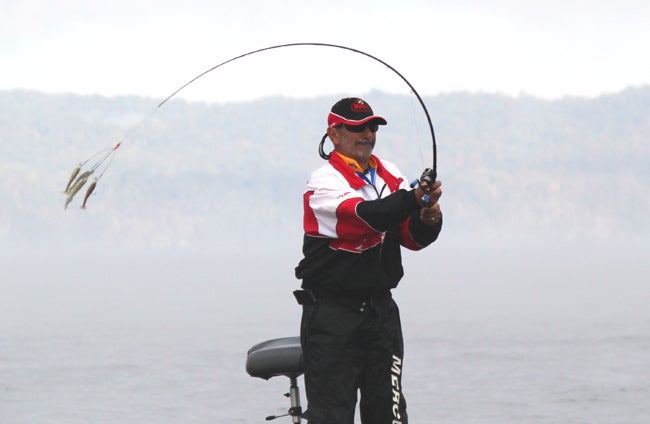 Don’t look now, but the world of professional bass fishing has been turned upside down following professional angler Paul Elias’ near-record win in last weekend’s Lake Guntersville FLW event. The reason? Elias was fishing what most fishermen recognize as an umbrella rig, but this one is castable. Elias’ “Alabama Rig” looks like a mess of wire and soft-plastics and the largemouths tore it up. Elias had 20 bass weighing 102 pounds to win. Pre-event prognosticators predicted that the winner would average 12 to 14 pounds of fish per day, not the 25 that Elias recorded.

When ever a new bait wins a tournament, it sets off a firestorm of interest and the Alabama Rig is no different. No doubt it’s the hottest rig in bass fishing right now–just try to order one–but some feel its use should not be allowed in tournament fishing. It will no doubt take a while before the buzz about the Alabama Rig dies down, but for now it’s the bass bait the angling world is clamoring for. To read more about Elias’ stunning win, go to: wired2fish.com