It was the tumultuous 60’s. The Vietnam War raged on, America was in upheaval as it struggled with the counter-culture... 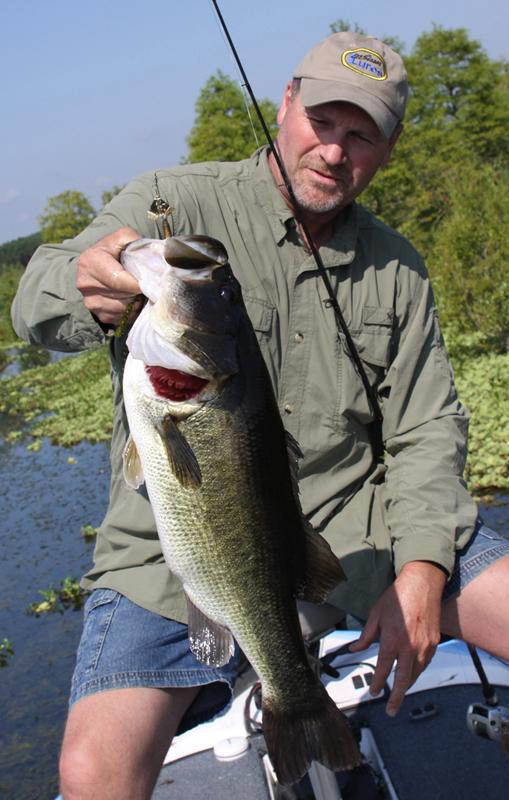 It was the tumultuous 60’s. The Vietnam War raged on, America was in upheaval as it struggled with the counter-culture and social revolution, and by May 1961, President Kennedy announced that we were going to put a man on the Moon.

My parents, both Yankees from upstate New York, moved to Florida when my Dad landed a job in the Space Program. The summer I turned four, my Mom took me back to New York to visit my grandparents. It was that visit that would shape my life.

My grandfather was the quintessential outdoorsmen. He was a hunter, fishermen and a conservationist long before anyone even really knew what that term meant. In the 30’s he built a cabin, one hand-hewed timber at a time.

That summer we went to his cabin.

Early on our first morning I watched him remove the tip section of his favorite bamboo fly rod from a shear linen sheath. To the rod, he lashed a short length of twine and tied on an Eagle Claw snelled hook. Off we went, flipping over rocks and decaying logs, looking for bait.

With a rusty tin of wigglers and my grandfather’s willow wicker creel slung over my shoulder, we made our way down to the small creek behind the cabin. On my first “cast” I caught a small rainbow trout, oh, I was hooked. Since then, for more than forty-five years–I’ve chased everything that swims.

Salmon in Alaska, peacock bass in Brazil, largemouth in Mexico, smallmouth on Erie, permit and bonefish in the Keys, yellowfin in the Gulf and yellowtail in the Dry Tortugas, grouper in the Atlantic, and sunfish with a cane pole in a muddy drainage in rural Alabama. For me, it doesn’t matter how big they are, or where they swim–only that they swim.

In my day I’ve landed a few trophies, missed fish I swear would break world records, fallen out of a few canoes, been hooked and have hooked some of my best friends. I’ve worn more leaky waders than I’ve worn dry ones.

I’ve backlashed more reels than I care to count and have lied about enough fish to keep me out of heaven.

I’ve bought just about every “As Seen On TV” lure and gadget knowing full well they wouldn’t catch a 10-pound bass on every cast.

I’ve fished for days without sleep, and more than once, eaten my bait to keep from going hungry. I’ve heaved chum after forgetting my Dramamine and once it came out of my nose and the corners of my eyes (a long story).

I’ve missed my share of Sunday School because “they were biting,” and have often been humbled before God for the one he didn’t let get away.

So when asked to do this blog, I jumped at the chance. It’s not often that you’re given an opportunity to share with others the very passion that defines you.