I’ve experimented with most of the HD video cameras available in today’s market. Each promises uncanny video quality, light mass... 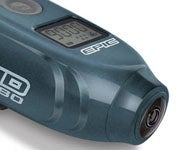 I’ve experimented with most of the HD video cameras available in today’s market. Each promises uncanny video quality, light mass weight and ease-of-operation. And without exception, they guarantee wringing the most green out of your hard-earned bucks. Sounds great.

On a recent trip to Florida for an alligator hunt, I brought two industry standard cameras along. I was going to capture the epic battle of man versus snarling marsh monster. Well, I got my creature, but failed miserably to capture the subsequent battle royale. Seems my “one button operation” video cameras didn’t cooperate. Seems you need a Ph.D. in engineering to figure these things out. Wait a second — I have a Ph.D. in engineering and still can’t convince these things to cooperate. Go figure.

The folks at GSM have a camera that even a pin-headed engineer like myself can work. Their EPIC HD1080 Adventure Camera captures 1920 x 1080 high-def video, and with great audio. A wide 168-degree lens captures all the action and the resolution is adjustable (1080, 860, 720, WVGA) when HD is not required (saving space on the memory card). The camera can also shoot stills, just in case the need arises. The EPIC accepts up to a 32GB SD memory card, so running out of memory is not an option.

Four buttons on the top of camera operate it. They are nicely designed so you know which one you’re actually pushing. Novel. An easy-to-read screen displays all the vital information you need to shoot, even when on the fly.

The unit operates on three “AAA” batteries — enough to capture around 1.5 hours of action. A 4X digital zoom ensures you get everything you want in the frame. The “upside down mode” is great when an inverted mount is the only option available. The unit retails for a reasonable $199.99, and is as rugged a build as I’ve seen.