The 3 Best Places to Catch Big Redfish this Fall

In fall, attention to detail becomes critical for catching redfish. This is super badass redfish time, when the goal changes... 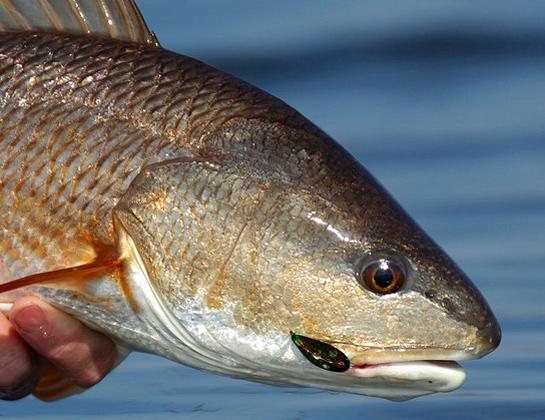 In fall, attention to detail becomes critical for catching redfish. This is super badass redfish time, when the goal changes from the rats to the bulls, and fish upwards of 30, 40, and even 50 pounds will leave you crying for your mommy. So precisely how and where does one catch a stud redfish?

Here’s a quick glimpse at a game plan.

Buras & Venice, Louisiana
▶ Why It’s Awesome: With all due respect to the anglers who ply the waters of northeastern Florida, I don’t know of any other place on the planet that can compare with the inshore waters of southern Louisiana.

▶ When to Hit It:That’s a tough one. I’ve been fortunate enough to catch 40-plus-inch fish on four occasions: in September, October, February, and June. To hear Venice guide Mike Frenette tell it, time isn’t necessarily of the essence.

▶ Where to Whack ‘Em: Highway 22 in Plaque­mines Parish, from Belle Chasse to Venice, is one of the fishiest roads in the U.S. Turn off the highway to the east on your way down from New Orleans and you can fish the Mississippi River. To the west is the Gulf of Mexico. Buras is one of our favorite ports.

▶ What to Use: Plugs, spoons, jigs, spinnerbaits, and live bait all score well.

Cape Hatteras, North Carolina
▶ Why It’s Awesome: Well, for one thing, the world record (94 pounds 2 ounces) was caught in North Carolina, and for another this is an entirely different sort of redfish fishery. (Oh, and here it’s best to refer to them as red drum.) Surf and pier fishermen steal the headlines. The Outer Banks surf has coughed up at least 16 line-class records in addition to the all-tackle behemoth taken in 1984. In 2005, a red estimated at 95.6 pounds was caught, but it was released before being weighed on a certified scale.

▶ When to Hit It: As soon as temperatures begin to drop and the first solid run of mullet comes in from the ocean. Early October is the traditional start.

▶ Where to Whack ‘Em: Action can come anywhere from Hatteras to Ocracoke to Portsmouth. Pamlico Sound and its estuaries, plus the Hatteras beaches, are prime. Big reds will be in the surf at Crystal Coast beaches and the islands that make up the southernmost tip of the Cape Hatteras National Seashore.

▶ What to Use: You’ll need chest waders, a 12- to 14-foot rod, 8-ounce lead sinkers, and mullet or bunker to hook up. The biggest reds can be remarkably close to shore.

Georgetown, South Carolina
▶ Why It’s Awesome: There’s no denying the great bull red fishing available in such legendary places as Titusville, Apalachicola, and Tampa Bay in Florida; Laguna Madre and South Padre Island in Texas; Mobile Bay in Alabama; and Biloxi and Gulfport in Mississippi. But there’s just something about fishing for spot-tail bass in the South Carolina Lowcountry marshes that stays in your soul.

▶ When to Hit It: October and November is prime time for bull reds, which follow baitfish back into the cooling water of the marshes–gorging themselves along the way.

▶ Where to Whack ‘Em: There are more than 50 miles of undeveloped coastline to fish in the Georgetown area. From North Inlet and Winyah Bay to the South Santee River, salt marshes span 80,000 acres of protected habitat.

▶ What to Use: The pristine Lowcountry is tailor-made for sight- or flyfishing. Use live bait for that bull red of a lifetime.