As a kid, I wasn’t real good with fish identification. I guess it was because I didn’t much care what... 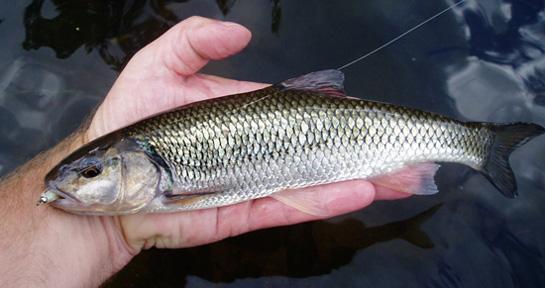 As a kid, I wasn’t real good with fish identification. I guess it was because I didn’t much care what kind of fish I was catching so long as I caught them. During summer vacations, we fished most every day and tried to constantly explore new streams, brooks, and lakes. If we could reach it by bicycle, we fished it.

One of my favorite lakes was an hour’s ride from my New England home. In it, according to local legend, were giant breeder trout from the local hatchery. These fish, as long as a man’s leg, had apparently outlived their usefulness as egg and milt producers and so were stocked in the pond. For weeks, my brother, cousins, and I worked those waters to a froth. Our daily ritual was to dig for worms, pack our Boy Scout packs with soda, a small grill and hot dogs, and take off with as much fishing gear as we could carry and still keep our bikes upright.

And we caught a ton of fish. A lot were bullhead, which pretty much just grossed us all out–heck our hands turned black from handling them. We also caught tons of trout, none of which were as long as a man’s leg, but many of which were plenty good for the skillet. To say we ate the hell out of those fish would be an understatement. We’d keep 5 or 6 of the biggest ones–8 to 10 inchers–and ride like the wind to show our moms. They’d either fry them up or wrap them in foil and put them on the barbecue. And they were absolutely wonderful. Well, maybe they weren’t quite that wonderful.

It wasn’t until years later that I learned the awful truth. Those “trout” weren’t trout at all–pretty much the furthest thing from it. They were fallfish! Yeah, I’d never heard of them either.

According to Wikipedia: “The fallfish, Semotilus corporalis, is a freshwater fish, a chub in the family Cyprinidae. It is found in the northeastern United States and eastern Canada, where it inhabits streams, rivers, and lake margins. It is fished as a game fish but opinions vary as to its edibility.”

Damn, we ate chubs–dozens if not hundreds of chubs! Ugh! So what’s the worst fish you’ve ever eaten–by mistake or on purpose?