The mystery eyeball that washed ashore on Pompano Beach last week belonged to a swordfish, the state Fish and Wildlife... 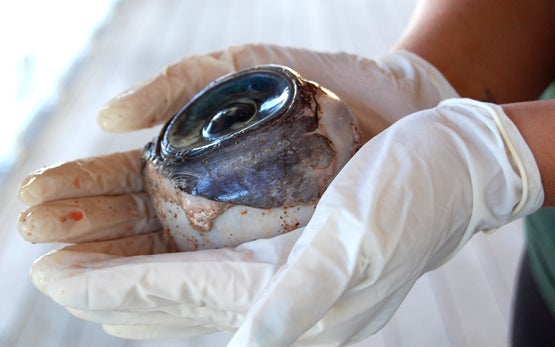 Although some originally speculated the eyeball might have belonged to a giant squid, experts seemed to think a large deep-water fish species was more likely, according to NBC News.

Experts based their conclusion on the color, size, and shape of the massive softball-sized orb. The remaining bone and straight-line cuts around the eye indicate a fisherman cut it from the swordfish and tossed it back into the sea.

The FWC will confirm the preliminary swordfish identification with genetic testing. All we can say is, we told you so.