A Florida tarpon documentary produced in the early ’70s was recently restored and preserved on DVD. Aptly titled “Tarpon,” the... 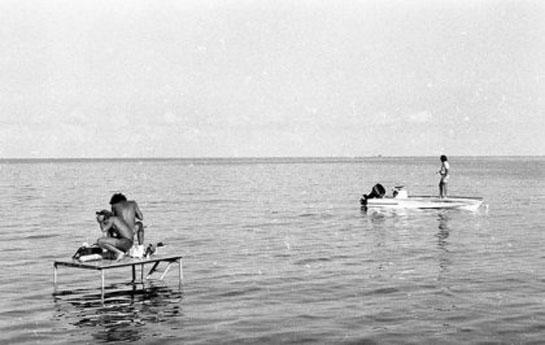 A Florida tarpon documentary produced in the early ’70s was recently restored and preserved on DVD. Aptly titled “Tarpon,” the movie was a cinematic masterpiece. However, it was a financial flop. The 53-minute film stars a trio of writers; late poet Richard Brautigan and novelists Jim Harrison and Thomas McGuane. The soundtrack was written and performed by then little known Keys resident Jimmy Buffett.

To really appreciate “Tarpon,” one must understand the lengths the film makers went to film the action. The scenes were captured with film movie cameras mounted to scaffolding rigged on chase boats and on platforms built on the flats. Capturing an actual strike as it happened required literally miles of film over hundreds of hours. If a strike didn’t occur during the filming, the nitrocellulose film was discarded at grave expense.

“Tarpon” is available from Amazon and should be required for any serious fisherman’s library.