The Kentucky Department of Fish and Wildlife Resources’ Carp Madness Tournament will take place March 12-13 at Kentucky and Barkley... 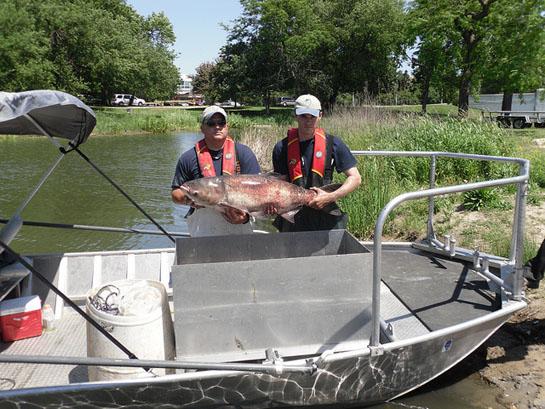 The Kentucky Department of Fish and Wildlife Resources’ Carp Madness Tournament will take place March 12-13 at Kentucky and Barkley lakes in the Western Kentucky. The goal is for anglers to secure as much poundage of Asian carp as possible. The five teams that haul in most of this invasive, destructive species will split $20,000. The top team will receive $10,000.

“We believe this is the first freshwater tournament for commercial anglers in the country. Commercial anglers are the most effective way to control Asian carp, so we thought that we’d make a competition out of the effort,” Ron Brooks, Fisheries director for Kentucky Fish and Wildlife, told KYForward.

The so-called trifecta of Asiatic carp – bighead carp, silver carp and black carp – are an invasive species that first made their way into US waterways through accidental release and escape in the 1970s. Since then they have spread throughout the Mississippi River basin and are on the verge of invading the Great Lakes.  “Asian carp are a threat to our native species and habitats because they compete with other fish for the plankton which forms the base of the food chain,” Brooks detailed. “They grow large – a bighead carp caught in Missouri weighed 111 pounds – and breed prolifically. Young sport fish like crappie and bass, and other plankton feeders such as paddlefish, shad and buffalo, are being robbed of the food they need to thrive.”

Here’s hoping the March’s tournament is a huge success!