On February 20, a hard, cold day in New England, the world lost one of the most widely read and... 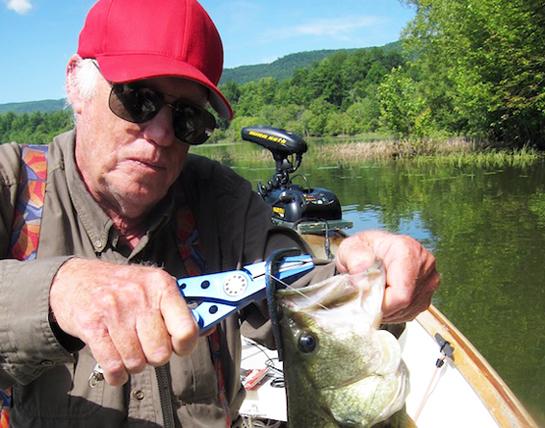 On February 20, a hard, cold day in New England, the world lost one of the most widely read and finest angling writers of our times, and I lost a dear friend. John Merwin of Dorset, VT and regular habitué of the best fishing waters around the globe, was 67.

Merwin was the author of more than a dozen books including the encyclopedic “The New American Trout Fishing,” and contributor to many more. He was the editor of Fly Fisherman magazine for some years, founding publisher of Fly Rod & Reel magazine and the trade mag Fly-Tackle Dealer. He served a hitch as The American Museum of Fly Fishing’s Executive Director in the mid ’80s. John began steadily contributing to Field & Stream in 1994, served as that magazine’s Fishing Editor from 2003 through 2010, and remained editor-at-large, writing for the publication’s Honest Angler blog as well as contributing occasional features. He was on the editorial board of MidCurrent, the influential Internet fly fishing website, and his byline graced uncountable stories in mainstream publications throughout the country.

Get past all the professional credits and accolades and the best thing about John Merwin was getting to know him, a slightly intimidating task for those nonplussed by his flinty curmudgeon façade. It was easier if you attempted conversation at his good ear. “Get over on the other side,” he’d tell you, “I can’t hear a damned thing your saying over there. You’re wasting time.” The seeming grump was all pose. Beneath it was one of the kindest hearts you’d hope to know. And at the same time he was a razor sharp critic when it came to improving a person’s fishing skills, writing, editing and thinking, virtually all of which would benefit from the often blunt advice.

Professionally, our paths crossed often and enjoyably, but it is the off-hour bantering and sometimes bizarre interludes we’d both recall pleasurably. I remember a time grouse hunting with John in one of his treasured Vermont covers. We were without dogs. Merwin suggested that I circle to the right while he moved in through some dense mixed woods above, hinting he’d drive any lurking birds toward me. To this day I wonder if he meant it. Half way into my semi-circle There was a single shot. I hollered. Nothing. Moving in I yelled again. “Get down here, “came the reply. I could hear him laughing before I saw him. And then he hefted the impressive gobbler I’d evidently driven down, belly laughing so hard he could not stand. Sure, turkey season was also open. From then on I retained the title Merlin’s Bird Dog.

Though John found pleasure fishing for about everything with fins, he took exception to carp. He found the things revolting and I treasured every opportunity to torment about his prejudice–on trips where part of the program involved dabbling for ‘old bugle mouth’– and by sending him particularly obnoxious photos of pig-bellied specimens. His retorts were classic and not printable here. I’d never let him forget the time he weakened and spent some days actually fly fishing for the things, though refusing to admit he enjoyed it.

The man was a photographic artist, which few knew, along with being a skilled artisan, a handcraftsman who worked fine carpentry, handled complex machinery and tools. He and his wife Martha were the chief architects, general contractors and laborers in the construction of their woods-ringed home which morphed from a basic lean-to into an exemplar of a warm, intimate and eminently functional Yankee homestead from which John worked.

Unlike many fine anglers Merwin had the talent of being able to truly help others improve their fishing skills, no matter how steep the learning curve seemed. For reasons not apparently clear, Field & Stream’s shooting blogger David Petzal, became intrigued with learning the arts of fly fishing and wondered if Merwin would consider the task of instruction. Petzal told me “Merwin tried to make me a fly fisherman, and failed gallantly.” But that’s simply not true. Recently David demonstrated his casting to me. And he was pretty darned good. I also learned that under Merwin’s tutelage, Dave nailed fish–including a bragging size rainbow from the less-than-forgiving Delaware.

Many of John’s more entertaining writings involved fishing trips with his wife Martha, the wise angling author intent on conveying detailed fine tuning of technique while Martha would simply smile -sometimes–and continue to catch fish.
_
Gray’s Sporting Journal_ Editor James Baab, had this to say of Merwin: “He was an American original, and as entertainingly snarky as a human can be, and still be fun. He will be missed. “

Jerry Gibbs is the Fishing Editor emeritus for Outdoor Life