Our friends at Sport Fishing magazine took on the herculean task of ranking the top 100 salt water game fish... 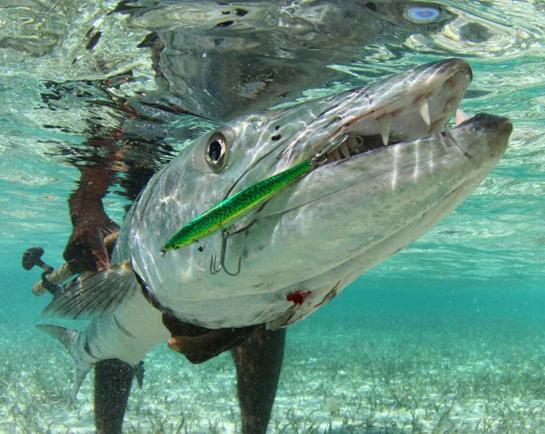 Our friends at Sport Fishing magazine took on the herculean task of ranking the top 100 salt water game fish in the world. Here on the Gone Fishin’ blog, we’ll highlight some of the magazine’s top 50 picks. Today is Great Barracuda at #41.

The great barracuda (Sphyraena barracuda) is by far the largest of many species of ‘cudas. It’s found in warm Atlantic waters, particularly the Caribbean, and in the Indo-Pacific region, but is absent in the eastern Pacific off the Americas. Larger ‘cudas hooked in deep water seldom jump, but when hooked over sandy/mangrove flats, they often explode in spectacular leaps. Their flesh is tasty but widely avoided, as it’s frequently implicated in ciguatera poisoning. The all-tackle record of 84 pounds, 14 ounces was caught in 1991 in the Philippines.

See the full ranking here.
See the method to the rating system here.