It’s like fingerprinting fish and Florida’s Fish and Wildlife Research Institute has gleaned some interesting data points from its Tarpon... 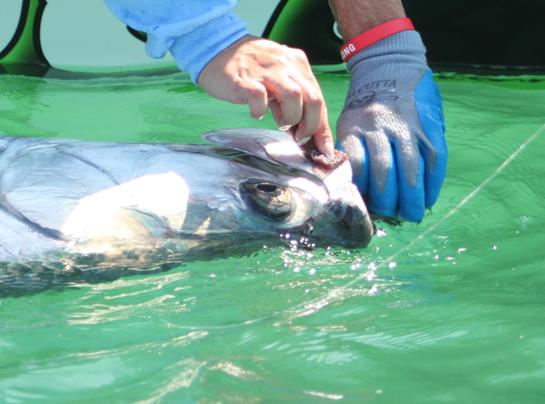 It’s like fingerprinting fish and Florida’s Fish and Wildlife Research Institute has gleaned some interesting data points from its Tarpon Genetic Recapture Study. The research arm of Florida’s Fish and Wildlife Conservation Commission, FWRI uses DNA samples with a unique genetic ID, or fingerprint for each fish to study silver king migration patterns.

Samples are taken by scraping small amounts of skin cells from the tarpon’s jaw with an abrasive sponge and sending the DNA, along with catch details, to FWRI for processing. Newly sampled fish are added to the existing database, while recaptured fish already included are identified when their DNA is cross-referenced to reveal growth and movement.

In its 7-year existence, the program has sampled over 17,000 tarpon. Annual reports present the latest findings and the 2012 compilation revealed these stats:

• 143 tarpon have been caught and sampled more than once

Anglers interested in participating in the Tarpon Genetic Recapture Program will find details at TarponGenetics@MyFWC.com.