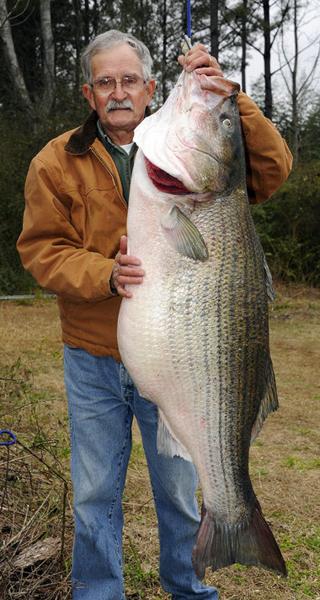 At 2:00 PM on Monday, May 13 James R. Bramlett received official word that his goliath striped bass is the new International Game Fish Association world record for a landlocked stripers.

To put these statistics into perspective, consider that an average 10-year-old American boy weighs 70 pounds and measures 51 inches tall.

James’ fish tops the previous Alabama state record set in 1959 by 15 pounds and the former IGFA record by about two pounds.

A mount of James’s monster fish should be ready to display in his home in the next week or two.