Red Snapper Rules and Regulations for Gulf of Mexico States

Anglers throughout the Gulf of Mexico share a common interest in the aggressive and delicious red snapper; but when the... 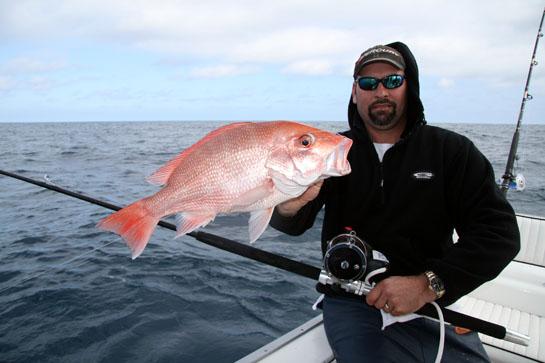 Anglers throughout the Gulf of Mexico share a common interest in the aggressive and delicious red snapper; but when the season opens June 1, not all Gulf States will share the same time frame in which to keep these crimson beauties.

Essentially, the National Marine Fisheries Service (NOAA Fisheries) manages red snapper in federal waters, while states have sovereignty inside their marine boundaries. Some states have chosen to mirror the federal red snapper season, which concludes at midnight July 4, while others have taken other routes. At the request of its Gulf of Mexico Fishery Management Council, NMFS implemented an emergency rule on March 25, 2013, which allowed for state‐specific closure authority of the federal exclusive economic zone off states not adopting consistent federal recreational red snapper regulations.

In federal waters, the daily red snapper limit is two and the minimum total length is 16 inches. Here’s a summary of regulations for Gulf States and their federal seasons:

State and federal regulations require all commercial and recreational fishermen to use circle hooks, venting tools and dehooking devices when fishing for any reef fish species in the Gulf of Mexico.

The feds use a complex formula that crunches previous catch data and future fishing effort predictions to determine an annual quota for the total annual poundage of red snapper they consider allowable. Because the Gulf’s overall red snapper picture is looking up, the feds increased the 2013 quota to 8.460 pounds whole weight; up from 8.080 million in 2012. For more on red snapper management, visit http://sero.nmfs.noaa.gov/sustainable_fisheries/gulf_fisheries/red_snapper/index.html/.