Louisiana recently stepped up its involvement in a tarpon research program on the Mississippi Delta fishery in what is being... 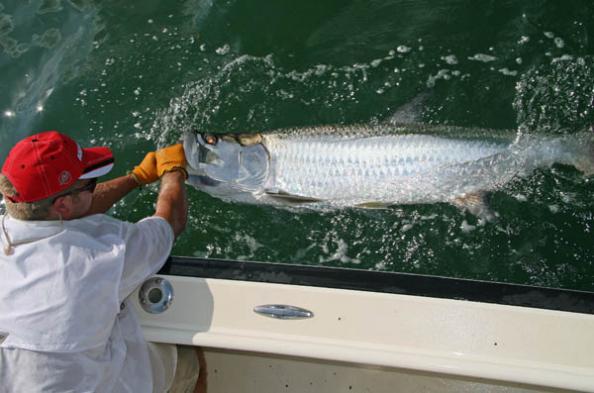 Louisiana recently stepped up its involvement in a tarpon research program on the Mississippi Delta fishery in what is being hailed as the state’s most comprehensive and coordinated effort to study the silver king’s life cycle. Set for August 24-25 at Venice Marina, the Louisiana Saltwater Series tarpon tournament will provide genetic samples for the Florida-based Tarpon Genetic Recapture Study, in which Louisiana’s Department of Wildlife and Fisheries has participated since 2010.

As we reported in April, Florida’s Fish and Wildlife Research Institute, in partnership with Mote Marine Laboratory has been tracking tarpon migrations since 2006 by genetically tagging tarpon through DNA samples taken from released fish. Anglers use small abrasive pads to scrub skin cells from a tarpon’s bony cheek and submit them along with capture data to FWRI, which compiles a database of genetic tarpon ID’s. Cross-referencing subsequent captures provides migration and growth data relevant to tarpon management.

“Tournaments are the most efficient method for tagging fish,” explained LDWF Assistant Secretary Randy Pausina. “The probability of tagging targeted fish goes up during tournaments because the experience level of participating anglers is very high.”

LDWF biologists will also attach electronic tags to some of the tournament’s released fish to generate data for studies of vertical behavior, migratory patterns, and post-release survival. Pausina said that LDWF supports the tournament’s kill division because it will provide samples for studies of reproductive biology, age and growth, and feeding behavior.