Where to Fish: 4 September Hot Spots

Summer is coming to a close, but don’t store away the fishing gear just yet. The bite is about to... 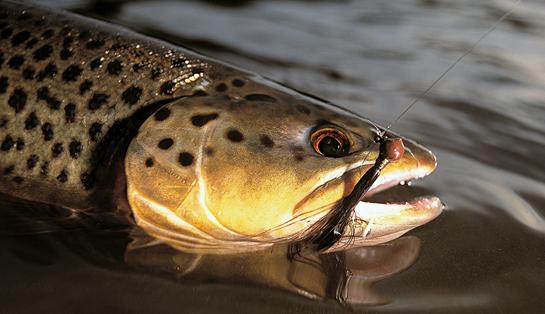 Summer is coming to a close, but don’t store away the fishing gear just yet. The bite is about to get hot. We picked four spots you should fish this September.

Why: Trout don’t know that vacation’s over, and that’s a good thing for the remaining anglers.
**
How:** Eric Adams of Montana Fly Fishing Guides (montanaflyfishingguides.com) spends more days on the water than most. He focuses on the Yellowstone, Boulder, and Stillwater rivers around Livingston. When water temperatures drop in September, he chucks big streamers. He reaches first for the Sex Dungeon pattern, tied in yellow and brown. Because the fish here can push 25 inches, Adams opts for 8-weights. Fish can range from 18 to 21 inches.

When: Through late September
**
Why:** The Finger Lakes region in Central New York is beautiful in the fall. Oh, and the pike fishing on the Finger Lakes is notable even if the weather turns nasty.

How: In September, veteran guide Frank Tennity (mudlines.com) targets shallow water with white and chartreuse 3/8-ounce spinnerbaits, working the edges of the weed lines for pike up to 12 pounds. He throws a Colorado blade for maximum vibration on 17-pound-test monofilament. When fishing crankbaits–to which he adds a feather to the rear treble for maximum effect–he’ll scale down to 12-pound-test.

When: Late September
**
Why:** When water temperatures on Lake Mead cool in late September, the surface fishing at first and last light can be epic.
**
How:** Kevin Durham (lake meadfishfinders.com) has been guiding on Mead for years and has the drop on the fall bite. He keys on diving seagulls, throwing topwater baits like the Rebel Pop-R. Put ChapStick on the first few feet of your 14-pound-test monofilament to keep the line floating for extra action. A feather on the rear end of the topwater makes all the difference. The 4-inch Tsunami swimbaits in gray produce when fish are holding deeper.

When: Early September
**
Why:** As summer fades, the Pacific Northwest is heating up with the best salmon fishing of the year. Chinooks and cohos come out to play, but for fast and furious action, think pink. Six million humpies are expected to return to Washington and Oregon this year.
**
How:** Pink salmon are pink because they feed primarily on crustaceans. But they aren’t picky. Conventional fishermen will score with 1/8-ounce pink jigs on a spinning rod with 10-pound-test; flyfishermen should use a pink-and-silver Starlight Leech. Humpback salmon average 5 pounds.