The Daily Mail is reporting that Marco Liebenow could break the world record for Atlantic halibut with this monster 513-pounder... 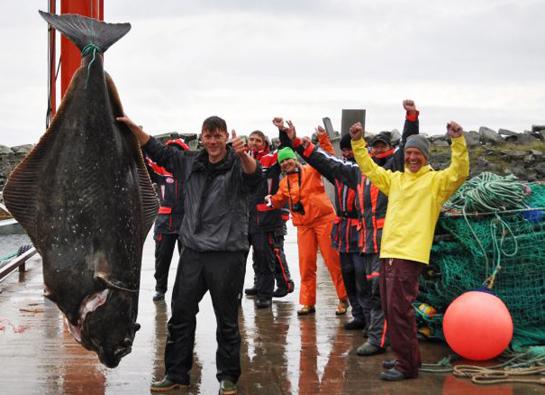 The Daily Mail is reporting that Marco Liebenow could break the world record for Atlantic halibut with this monster 513-pounder caught off the coast of Norway.

“It took 90 minutes to reel the 9-foot long fish to the surface. The fish was too big to haul onboard Liebenow’s small boat so he and three friends tied a rope around its tail and towed it back to shore where it had to be hoisted on to the quayside by a crane,” according to the Mail.

Lienbenow, a 31-year-old German angler, caught the fish on July 4th, according to Mortens Halibut page. The fish has been submitted to the International Game Fish Association for approval, and if accepted, it will crush the standing 419-pound record.

Here’s what David Bottcher, of the Angelreisen Hamburg angling tour company, had to say: “Before he left for the trip, he called us first to ask for a few hints about how and where to fish – I guess our advice paid off … Marco was elated afterwards and celebrated with the boat skipper and their housekeeper by having a few beers.”

Lienbenow donated the halibut to a local fish dealer.