Bob Cloutier and his crew out of Newburyport, Mass. landed this monster thresher shark over the weekend. “The fish took... 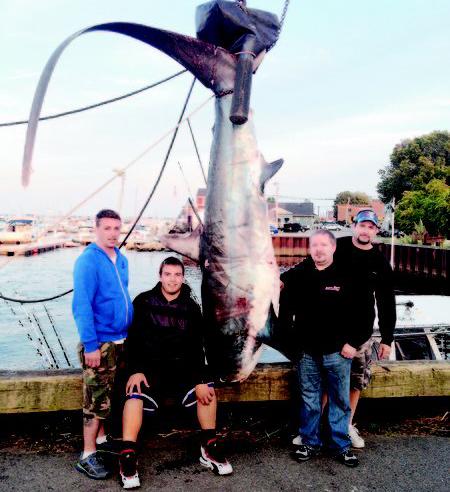 Bob Cloutier and his crew out of Newburyport, Mass. landed this monster thresher shark over the weekend.

“The fish took a lot of line, so I knew it was something out of the ordinary,” Cloutier told the Eagle Tribune. They battled the thresher for about two and a half hours and saw it sky out of the water several times.

When they saw the shark break the surface, they knew they had hooked into a monster.

The shark weighed 609 pounds and missed the state record by about 20 pounds (for reference, the world record thresher weighed in at 767 pounds and was caught in New Zealand in 1983).

Before you judge Cloutier and his crew about keeping the fish, it’s important to know that they kept it and ate it. As every New England shark fisherman knows, thresher is delicious.

“It’s great to eat,” Cloutier said. “I steaked it up and gave it to everyone I know, and a lot of people I don’t.”