Fishing is an opportunistic sport and anglers often fare well by taking what’s offered. Case in point: The astounding single-day... 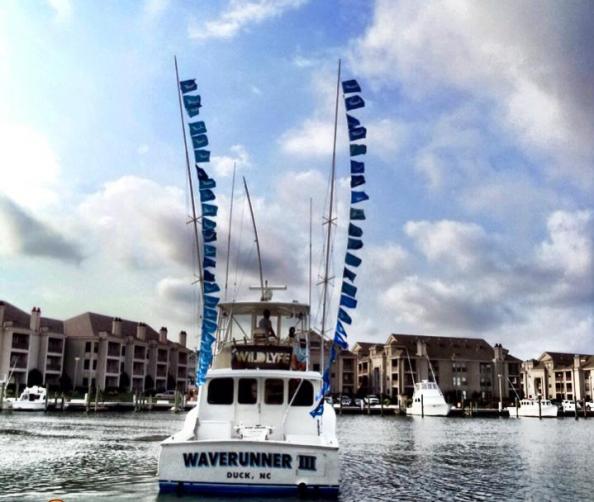 Fishing is an opportunistic sport and anglers often fare well by taking what’s offered. Case in point: The astounding single-day catch of 49 white marlin that a group of anglers recently experienced aboard the Waverunner III out of Virginia Beach.

Typically, when a boat reports double-digit billfish action – even just something in the teens – most would assume sailfish. During December and February off South Florida, it’s pretty common to see a dozen or more sailfish release flags flown from outriggers heading into the inlets from Stuart to Miami.

But double digit marlin – 49, no less? That’s incredible. But incredible opportunity does not guarantee incredible catches. You gotta know how to play the cards you’re dealt.

In this instance, Waverunner III Capt. Pat Foster was dealt the classic bait ball scenario – predators had corralled a massive school of sardines and driven them to the surface. Topside splashing and diving birds provided clear visual reference and Foster did three things that will help anglers maximize any opportunity they encounter:

1) He recognized a clear case of concentrated predation and skillfully leveraged its potential for a day that’ll be hard to top. (By comparison, the Virginian-Pilot points out that the unofficial record is 57 white marlin releases, set in August 2010 by the Ocean City, Maryland-based yacht, Billfisher.)

2) He followed the timeless rule of match-the-hatch by netting and then deploying the baits the marlin were targeting.

3) He stayed with what was working. You don’t leave fish to find fish.