Less than a decade after moving into a log cabin in Maine’s North Woods, Massachusetts native and San Francisco art... 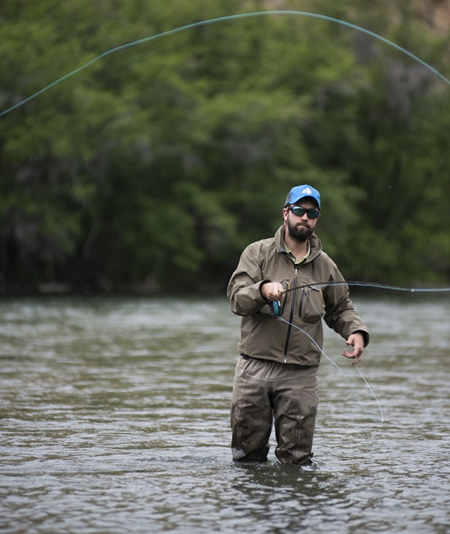 Burt’s Bees blossomed into a multi-million business. In 2007, Quimby sold her share of the company for $350 million and focused on a self-anointed mission to preserve central Maine’s forests and purchased more than 120,000 acres in the Katahdin Region and closed it off to hunting, snowmobiling and timber harvesting.

Already regarded an “outsider,” Quimby’s disregard for Maine’s longstanding tradition of large private landowners — mostly lumber operations that own huge swaths of the state — allowing public access to their tracts for hunting, fishing, camping, off-loading, and snowmobiling, made her very unpopular.

But when Quimby offered to donate more than 70,000 acres of her land — managed as Elliotsville Plantation Inc. — to a proposed Maine Woods National Park, many Mainers saw her as a threat to their livelihoods and lifestyles. “Ban Roxanne” bumper stickers became a common sight.

Opposition to Quimby’s proposed national park brought the proposition to a halt for more than a decade, with none of the state’s congressional representatives willing to support the idea.

NEW DIRECTION
But, with Quimby apparently now retired, her son — Lucas St. Clair (pictured above), president of the board at Elliotsville Plantation, Inc. — has been building consensus for an alternate proposal that will please his millionaire preservationist mother as well as Maine’s conservationist outdoors community.

On Sept. 13, St. Clair announced that Elliotsville Plantation was opening 40,000 acres near Baxter State Park to hunting and promised to nearly double the amount of land open to hunting in exchange for support for a national park.

The park would be open to fishing, hiking and paddling, while the recreation area, home to number of snowmobile trails and productive habitat for whitetail deer, moose, and ruffed grouse, would allow snowmobiling and hunting, in perpetuity, St. Clair told the Bangor Daily News on Sept. 13.

In addition to donating 150,000 for national park and national recreation areas, Elliotsville Plantation would convey a $40 million endowment to the federal government “to offset the ups and downs of National Park Service funding.”

The Central Main Morning Register lauded St. Clair for his new approach, noting that Elliotsville Plantation opening 40,000 acres to hunting “shows the group sees the value of a balanced approach to recreation. It was a deliberate reconciliatory move designed to bring more sportsmen to the table.”
**
SKEPTICS**
That may still be easier said than done.

“I just don’t buy it,” Bob Meyers, executive director of the Maine Snowmobile Association told MaineBiz magazine. “I don’t see how adding the federal brand (of a national park) will improve things up there. It’s a great place to fish and hunt, but there’s nothing special up there. It doesn’t lend itself to a national park.”

“The land the federal government would take for a ‘National Park’ is neither an uninhabited pristine forest nor a wasteland ruined by irresponsible forestry,” the Maine Woods Coalition says in a position statement on its website. “It is, as it has been for hundreds of years, healthy and beautiful multi-use woodland that is already extensively protected against over development, visual degradation, and environmental abuse.”