So the flight attendant sees me editing big fish photos and stops to chat. She’s a casual angler with more... 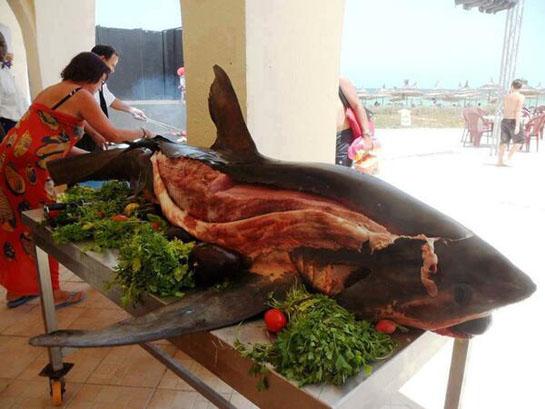 So the flight attendant sees me editing big fish photos and stops to chat. She’s a casual angler with more enthusiasm than regulatory knowledge. The clue came when I scrolled to a Gulf of Mexico gag grouper and she resolutely stated: “I like those but you’re not supposed to eat them – they’re an endangered species.”

There you have it — a shining example of misinformation marring good intentions. Yes, gag grouper is a controlled species with size, season and bag limits. Keep one out of season, one that’s too small, or more than you daily limit and I won’t hesitate to call you out on it. But seeing someone munching on their fresh grouper sandwich after investing the time, effort and resources to legally harvest that fish — all I have to say is “Good for you.”

The same principles generally apply to the recent brouhaha stemming from the well-traveled photo of a whole thresher shark served by a Tunisian resort where dinner patrons carved their own portions for subsequent cooking. Not to minimize the various opinions so passionately posted throughout cyber space, but here’s the synopsis: Some folks lambasted what they feel was the tasteless display of a fish of legitimate conservation concern, while others pointed out that not only is it legal to harvest many species of sharks, threshers included, but serving various fish and animals whole is no rarity; roasted pig, Maine lobsters, snapper in a bag, to name a few.

(For clarity, we’re not including the barbaric practice of shark finning in this acceptance.)

Now, having witnessed the rampant slaughter of Pacific sailfish, marlin, swordfish and sharks — along with a pickup truck bed literally overflowing with juvenile wahoo — at a beachside Ecuadorian fish market, I understand the visceral rage caused by resource exploitation. However, there’s a significant difference between exploitation and something you just don’t like.

Maybe the resort could’ve dressed the shark and allowed patrons to carve their portions from the chilled fillets. Then again, with the exception of verifiably illegal acts, the best way to curb your offense is to look elsewhere.

Two takeaways: First, as with my objection to the reopening of Florida’s Gulf snook season on Sept. 1, I won’t criticize anyone who chooses to legally harvest (i.e. approved gear and methods) a fish when state and federal regulations allow it. Second, while opinions for and against any particular fish harvest are inalienable rights of the individual, folks on both sides of the fence will find their thoughts resonating, rather than repelled, when balanced with facts and tempered with respect for other perspectives.