Photo by David A. Brown The Southern Kingfish Association, the sanctioning body for king mackerel tournaments from North Carolina to... 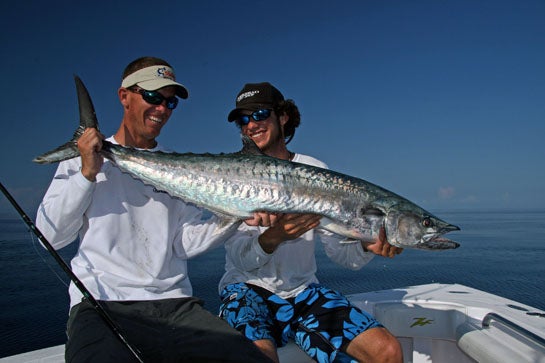 Photo by David A. Brown

The Southern Kingfish Association, the sanctioning body for king mackerel tournaments from North Carolina to Texas that changed the face of king mackerel fishing, is up and running again. And that is a good thing for fans of the sport and competitive saltwater fishing.

There were many long faces – mine included – when SKA CEO Jack Holmes announced in late March that the organization was shutting down due to economic challenges and declining participation. Rumors of a new organization quickly circulated, but fans got something even better – new ownership of the same organization. On April 16, National Boat Owners Association, the marine insurance agency and boating membership club based in Sarasota, Fla. announces its acquisition of the SKA.

NBOA Director Iceseas Farrell said that after sponsoring the SKA for six years and running their own tournament in the SKA’s Division 6 (eastern Gulf of Mexico), taking the reins was a good fit for the family-owned and -operated company.

“The SKA has been a staple in the market and we didn’t want to see it go away,” Farrell said. “The general consensus is that (the members) are really looking forward to seeing the corporate structure behind the trail. That’s been encouraging. We’re glad we see the support there and that people are excited that we’ve jumped onboard.”

From its 1991 inception on the Georgia coast, the SKA has shined a national spotlight on king mackerel tournaments, infused an air of professionalism into sanctioned events, and amplified the promotional value for sponsors and charitable beneficiaries.

Far more accessible than big-game offshore tournaments and long preceding the rise of redfish circuits, the SKA created a national stage upon which otherwise local saltwater competitors could garner the exposure and experience necessary to attract big name sponsors.

The near loss of this organization made a lot of folks realize how important it is to see it continue.

For the moment, it’s steady-as-she-goes for SKA operations. Current memberships will be honored, as will commitments for the 2014 tournament schedule. Farrell said the new management team is working on several changes intended to maximize SKA membership value and enhance the kingfish tournament experience.